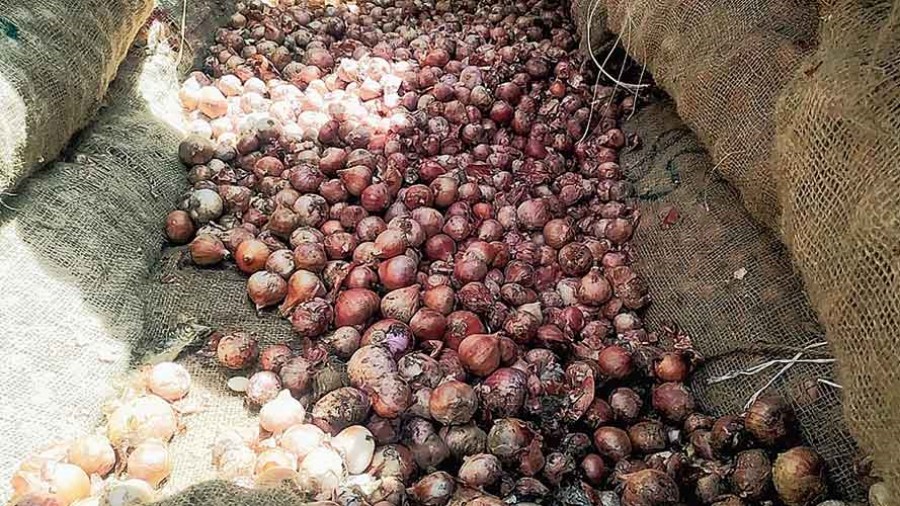 The Centre on Friday evening partially withdrew the embargo on export of onions as the Customs authorities were asked to allow the movement of the produce handed over to them on September 14 when the ban came into effect.

The relaxation was given by the Directorate General of Foreign Trade, a wing under the ministry of commerce and industry.

The Centre’s decision, however, did little to assuage the concerns of the exporters whose cargo was left stranded on the Bangladesh border. “Only about 5 per cent of the cargo would be allowed to be exported... This would not solve our problem,” said Mihir Ghosh, an onion exporter in Ghojadanga.

Hundreds of trucks and rakes carrying over 10,000 tonne onions have remained stuck along the border. However, the entire produce hadn’t been handed over to the Customs.

The Telegraph reported on Friday that 25 per cent of the onions had already rotten.

“We have got the communication from the DGFT and will act accordingly,” said a senior Customs official at Petrapole, the most important land port along the India-Bangladesh border.

Kartick Chakraborty, the secretary of the Petrapole Clearing Agents’ Staff Welfare Association, termed the DGFT’s decision as “ridiculous”. “Most of exporters will have to incur heavy losses.”