Parama ramp to be ready next month: Firm

Once ready, vehicles plying west from the Bypass will have the option of moving over the Park Circus seven-point crossing to access the AJC Bose Road flyover 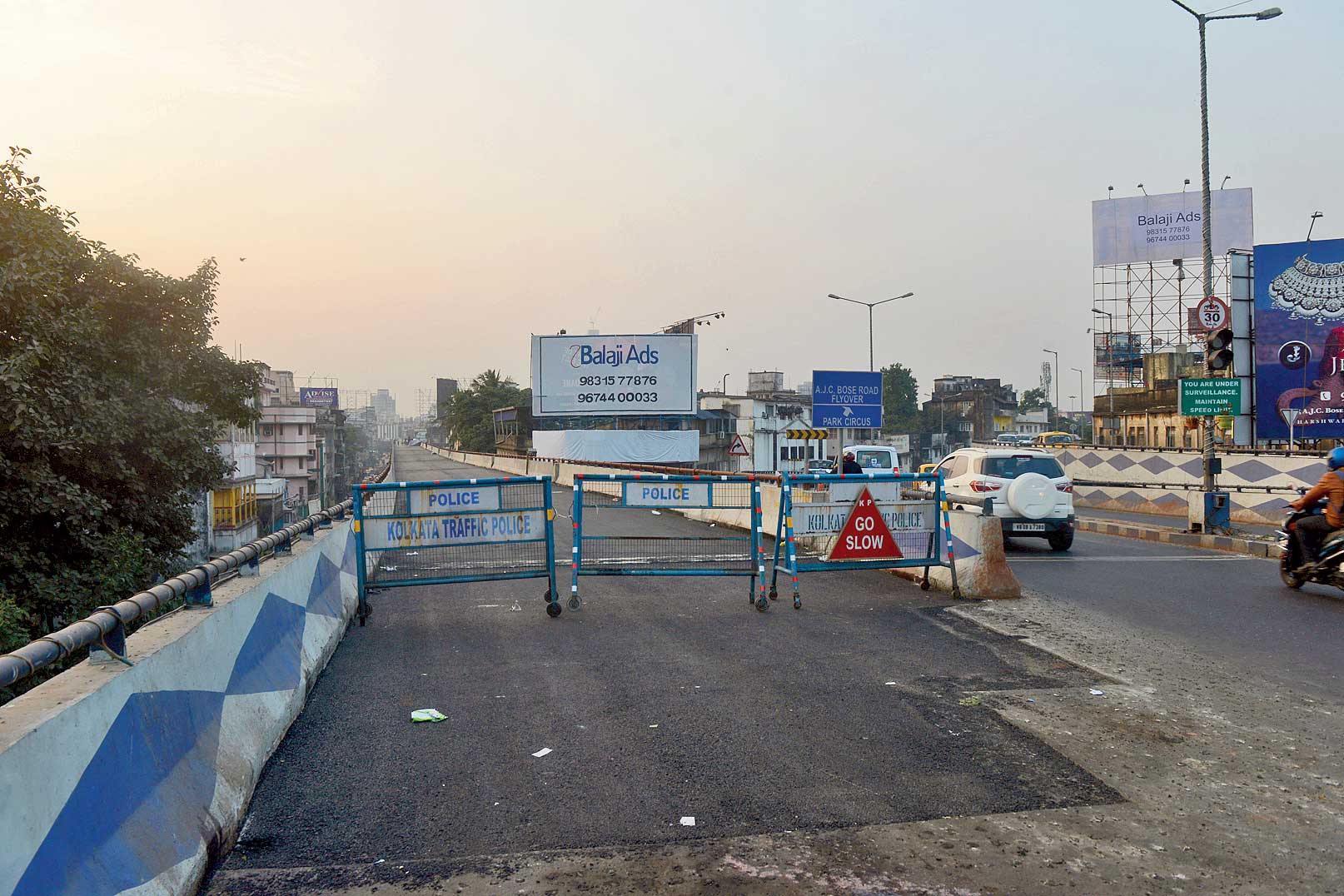 Guard rails at the mouth of the ramp that branches off the Parama flyover and merges with the AJC Bose Road flyover.
Picture by Bishwarup Dutta
Kinsuk Basu   |   Calcutta   |   Published 18.12.18, 08:44 AM

The ramp connecting the Parama flyover with the AJC Bose Road flyover will be ready by January-end and is likely to be opened by February, said sources in HCC, the Mumbai-based company that is building the ramp.

The 1,100m-long ramp branches off the Parama flyover near Topsia police station and runs over Congress Exhibition Road, Nasiruddin Road and a stretch of Circus Avenue before merging with the AJC Bose Road flyover at the Beckbagan crossing.

Once ready, vehicles plying west from the Bypass will have the option of moving over the Park Circus seven-point crossing to access the AJC Bose Road flyover.

Officials in the urban development department, which is monitoring the project, said police would carry out trial runs for traffic management once the ramp was ready before finalising a traffic circulation plan.

“The ramp will be ready next month. And if things move as planned, it will be opened to traffic in February,” an HCC official said.

“What remains unfinished is a small part of the curvature that connects Nasiruddin Road with Circus Avenue. The degree of curvature was worked out after a lot of calculations.”

The carriageway of the ramp.
Picture by Bishwarup Dutta

Two girders — steel structures that support concrete slabs — will have to be erected for the curved portion. Once the girders are in place, five deck slabs will be installed to complete the link.

“The length of the curved part is 90m. This section demands extra care,” an HCC engineer said. “Work on the other crucial part of the ramp — the junction with the AJC Bose Road flyover — is done.”

The high court had set May 31 as the deadline for the construction of the ramp. In August, three months since the deadline had passed, the ramp was nowhere near completion, prompting the government to set December 31 as the revised deadline.

Over the past few weeks, while work on erecting girders continued, a part of the carriageway had been laid. Work on erecting a wall around the part where the ramp merges with the AJC Bose Road flyover is almost over.

“We have asked HCC to submit a progress report with details of the work done and the part that remains unfinished,” said an official of the CMDA, a wing of the urban development department that is overseeing the project.

Once construction is over, the engineers will focus on setting up traffic furniture, including lights. The installation of the drainage system also needs to be complete before the stretch is handed over to the police.

“We will run a traffic trial immediately after the ramp is handed to us. We will calculate the traffic load at the western end of the AJC Bose Road flyover. Accordingly, the waiting time will have to be calculated,” an officer of the Bhowanipore traffic guard said.