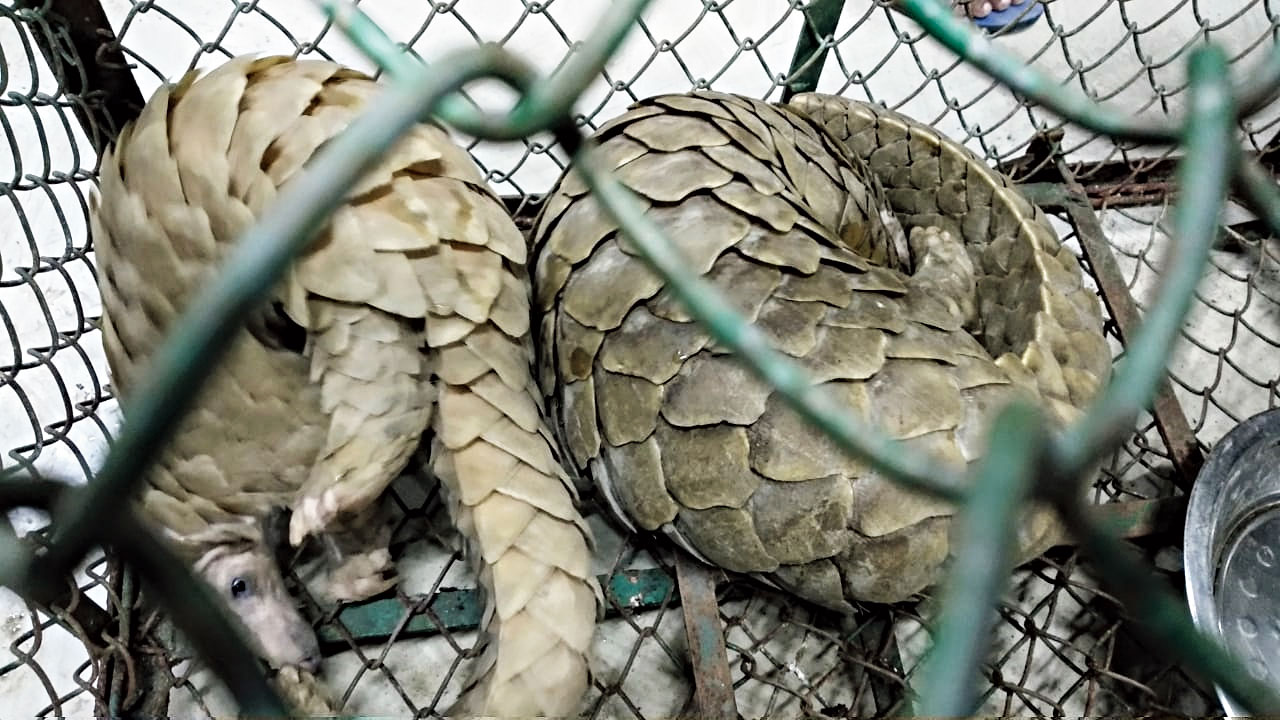 A team of Wildlife Crime Control Bureau and forest department officials on Friday seized two pangolins from a house in Bhowanipore and arrested three people, including a woman.

Three others were arrested in Behala, Anandapur and Howrah in connection with the seizure.

Pangolins — banned under the wildlife act — are among the most trafficked mammal and their meat and scales have a large market in south Asian countries.

Bureau officials refused to divulge details from where the Pangolins were seized.

“We had specific information that a consignment of pangolins had been brought to Calcutta from Durgapur. Based on the tip-off, we picked up the suspects and seized the pangolins,” an official said. “Later, we found the vehicle that was used to the transport them.”

“Despite the ban on their possession and sale, there are areas where such illegal activities have become rampant,” the official said. “We hope to find important details about their activities in the city.”

Pangolins in the state are found in the forests of Bankura and Purulia.

The six arrested have been identified as Partha Das, 50, of Uluberia; Joylal Golder, 28, of Anandapur; Krishna Das, 42, of Behala; and Suprio Majhi, 38, Sahanaj Molla, 31, and Sayed Abibul Hossen, 37, from Bagnan in Howrah.

A bureau official said pangolin scales were valued at Rs 2.16 lakh a kilo in the grey market and meat Rs 22,000 a kilo.