Advertisement
Home / West-bengal / Over 9kg of gold seized in Phulbari

Over 9kg of gold seized in Phulbari

Acting on a tip-off, a team of officers of the agency intercepted the SUV near Phulbari in Jalpaiguri late on Monday 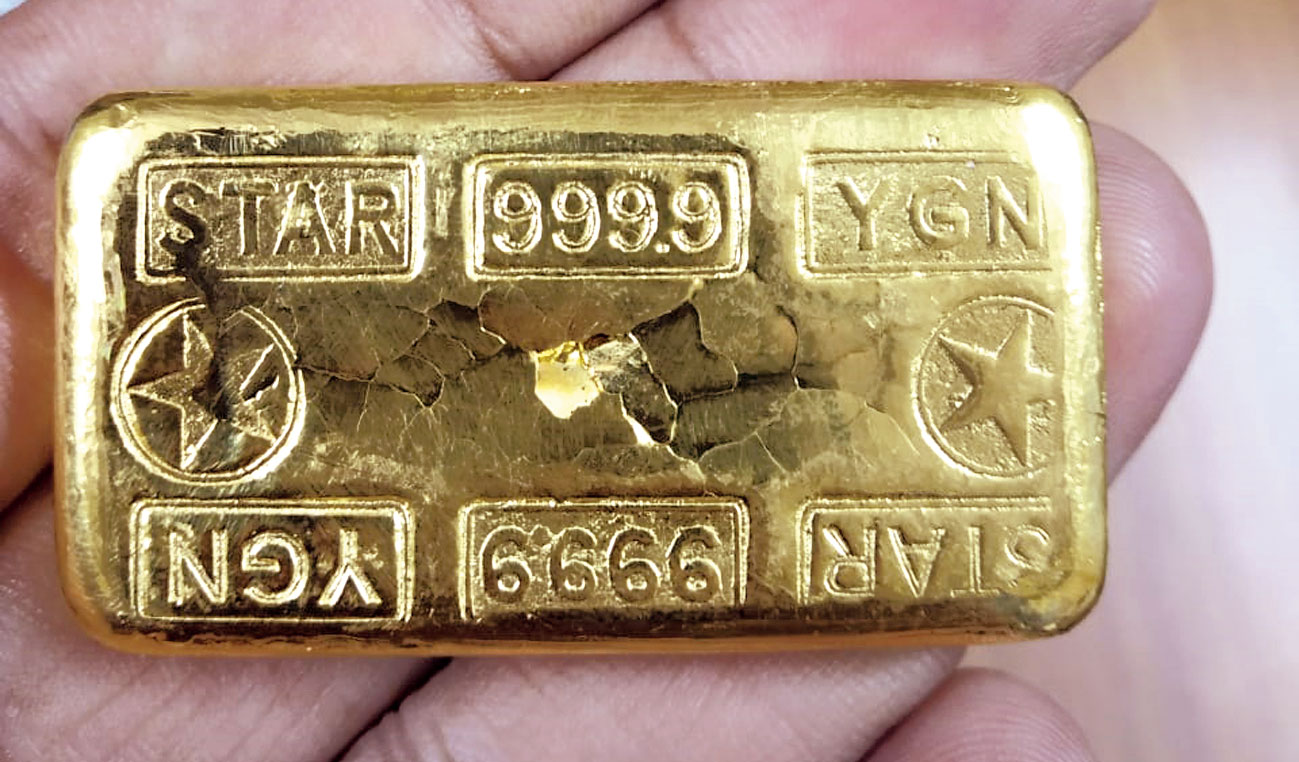 Officers of the directorate of revenue intelligence (DRI) intercepted an SUV headed towards the city and seized at least 60 gold biscuits, valued around Rs 4 crore, that had allegedly been smuggled from Myanmar, an officer of the agency said.

Acting on a tip-off, a team of officers of the agency intercepted the SUV near Phulbari in Jalpaiguri late on Monday.

They searched the car, which had three occupants, and found the gold stashed inside the SUV’s headrests. None of the men could produce papers that could prove legal purchase of the gold.

“They could not give any document such as invoices or cash receipts for the gold. We then arrested them,” the officer said. The men have been identified as Zomuankima, H. Rualsangpuia and Lalneihlaia, all from Aizawl in Mizoram, and the SsanYong Rexton car bore Delhi registration plates, an agency officer said.

Gold prices in the city rose to a new high of Rs 38,285 per 10 gram on Monday, the West Bengal Bullion Merchants and Jewellers’ Association said.

“We found the gold biscuits, each weighing around 160gm, wrapped in brown paper and stashed inside two headrests of the SUV,” the officer said. The total haul weighed around 9.96kg, he added.

The officer said the men later confessed that the gold had been smuggled through the Indo-Myanmar border in Mizoram. The men were to deliver them to a receiver in Calcutta.