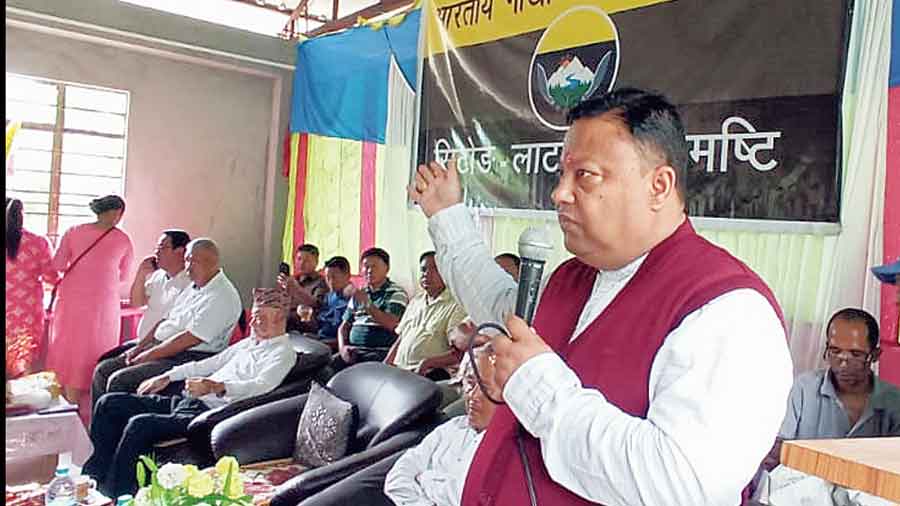 Sunday turned out to be a day where prominent hill politicians thanked voters for electing them in the recently held Gorkhalanad Territorial Administration Sabha elections.

The GTA elections were held on June 26 while the results were declared on June 29.

Election victory celebrations had been postponed by hill political parties as 17 army personnel from Darjeeling hills had lost their lives in a massive landslide on the night of June 30 at Noney district in Manipur.

The Bharatiya Gorkha Prajatantrik Morcha (BGPM) secured a majority by securing 27 of the 45 seats in the GTA while Hamro Party became the second-largest party by winning eight seats.

The presidents of both parties; Anit Thapa of the BGPM and Ajoy Edwards of the Hamro Party, thanked voters  at events on Sunday.

Thapa was in Sitong, one of the two constituencies from which he was elected. He will retain the Sitong seat while vacating the Giddepahar seat near Kurseong town.

Thapa said they would divide constituencies in zones for better governance.

“You have voted for us, now it is our turn to work for you,” said Thapa. “In Sitong we will create four zones for better administration. There will be officials posted in every zone for the convenience of the people.”

The BGPM leader stated that while there were many homestays in Sitong, big hotels, too, are needed for tourism.

Thapa also said that they would make provisions to counsel students on career opportunities.

Edwards said even though they failed to form the GTA Sabha, Darjeeling municipality and the Edwards Foundation had started coaching programmes for UPSC exams.

“A total of 3,000 students from Darjeeling, Kalimpong, Kurseong and Mirik sat for our screening test recently. Out of these, we selected 12 students whom we are coaching to face the UPSC exams,” said Edwards.

The Hamro Party is in power in the Darjeeling municipality.