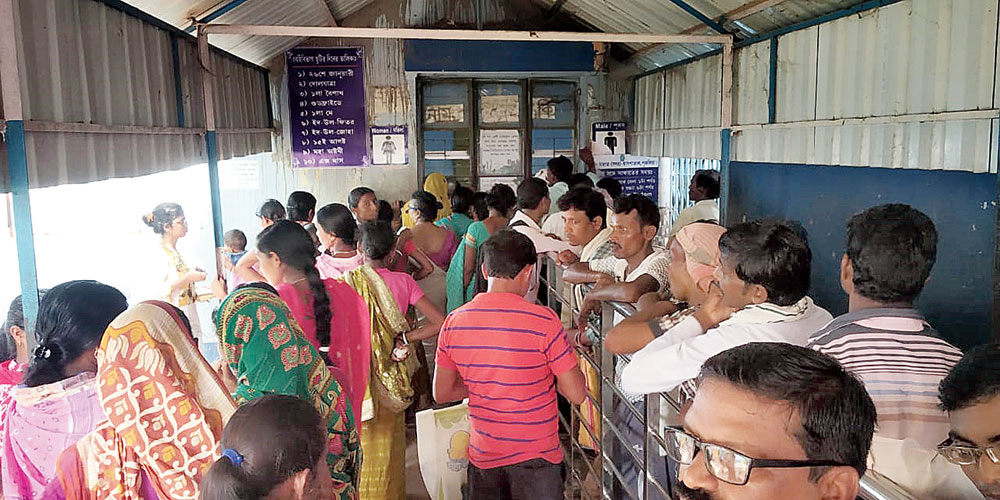 Doctors at three hospitals in Purulia and Birbhum districts stood out on Wednesday amid the ceasework by junior doctors at the outpatients’ department at state-run hospitals across Bengal paralysing healthcare service.

At the Deben Mahato district hospital in Purulia, around 40 doctors were seen busy treating patients at the hospital’s OPD. Patients from far-flung areas queued up at the OPD ticket counters.

Doctors at the Purulia hospital observed an hour’s token strike from 10am and later went to work as usual.

“In our hospital, the OPD operated as usual. The OPD was closed for an hour,” said Sibasish Das, superintendent of Purulia district hospital.

However, doctors at other state-run hospitals in the district observed the ceasework at OPDs.

Doctors worked wearing black badges at the hospital to protest the assault on the two junior doctors of NRS hospital on Monday night.