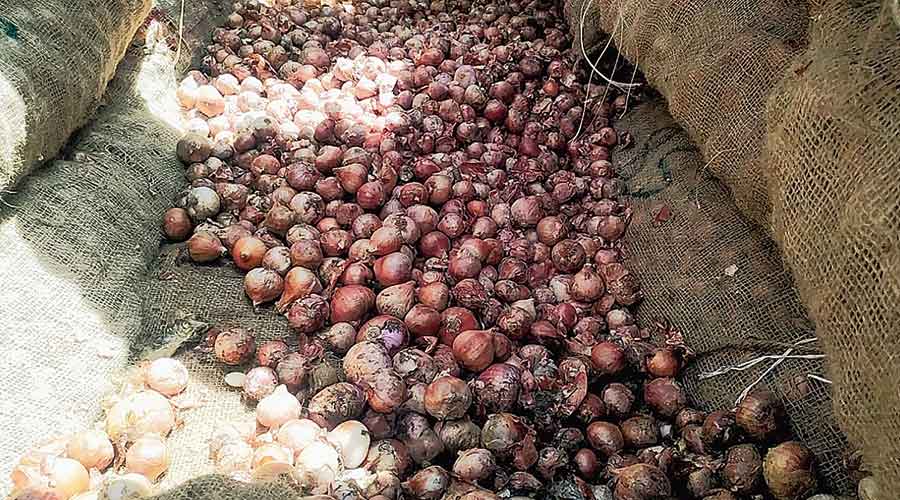 Around 25 per cent of Bangladesh-bound onions — stranded along different land ports in Bengal since Monday because of the Centre’s ban on the export of the bulb — have started rotting, forcing the exporters to dump the perished produce and bring back the rest of the consignments for sale at wholesale markets in the state.

The exporters had been waiting anxiously for the past four days and kept the onion-loaded trucks parked at the land ports and the adjacent parking lots as there was a buzz that the Centre would allow the export by raising the produce’s price.

“However, there hadn’t been any rethink by the Centre, at least till this evening... Onions have begun to perish in hot weather conditions and at least 25 per cent of the consignments have got rotten. Further wait will damage the entire consignments,” said Mihir Ghosh, an exporter at Ghojadanga land port in North 24-Parganas.

According to him, some exporters and clearing agents inspected the condition of the sacks on Thursday morning and after realising that 25 per cent of the onions had already been damaged, they unloaded the trucks, removed the rotten ones to save the good stock.

“Most of us have decided to sell the consignments at major wholesale markets like Posta, Sealdah, Dhulagarh, Sheoraphuli, and Siliguri to minimise the loss,” Ghosh, who is a member of the Ghojadanga Foreign Trade Organisation, said.

A few exporters like Ranabir Dutta did not wait till Thursday to divert trucks to wholesale markets. On Wednesday night, Dutta diverted 100 tonnes of onions from Ghojadanga port to a wholesaler in North 24-Parganas. “I took the decision quickly apprehending that indefinite wait for the Centre to roll back its ban will become suicidal as onions perish very fast,” Dutta told The Telegraph. 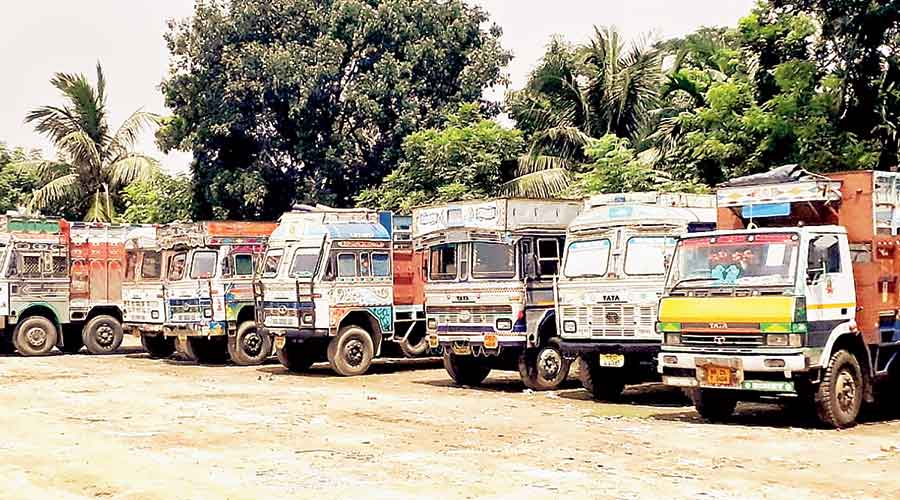 On Monday, the Centre had banned the export of onions of all varieties (except Bangalore rose and Krishnapuram) to contain the spike in price in the domestic market and to increase availability.

An official of the Union ministry of commerce and industries had indicated the abnormal increase in the price of the Nasik variety of the onion by over 100 per cent (Rs 3,000 per quintal) during the first week of September had led the Centre to impose the ban.

Estimates from exporters suggest trucks loaded with about 3000 tonnes of onions have already secured the shipping bills — clearance from the customs to cross over — and are waiting at the land ports. The cargo cannot enter Bangladesh because of the Directorate General of Foreign Trade, a wing of the Ministry of Commerce and Industry, order. If the trucks waiting outside the land ports and the rakes are taken into account, another 7,000 tonnes of onions are ready for export.

“It is an illogical decision. A highly perishable commodity like onion cannot be banned for export without any prior notice. The Centre can definitely ban the export of onion, but it should have made alternative arrangements for consignments stranded at the border,” said Kartick Chakraborty, the secretary of Petrapole Clearing Agents’ Staff Welfare Association.