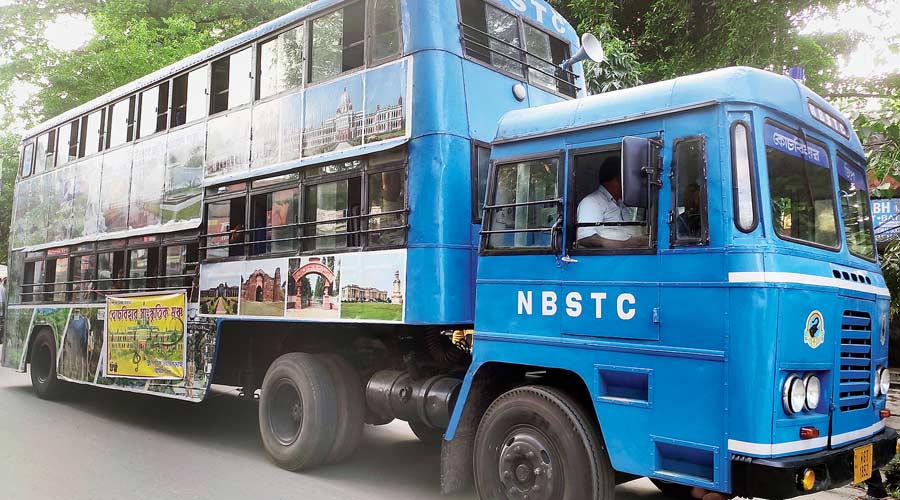 The North Bengal State Transport Corporation (NBSTC) introduced the double-decker bus in Cooch Behar town on Wednesday after a gap of six years.

Sources in NBSTC said it has been decided at the board meeting of the state-run transport corporation that the double-decker service would be launched for tourists and residents interested in visiting prominent attractions of the town with a royal heritage.

“The fare is Rs 25. The 80-seater bus will move through a specific route and will cover 14km,” said an official, adding that an organisation can book the bus for Rs 2,000.

On Wednesday, Cooch Behar Sanskritik Mancha, a local cultural group, booked the bus, which attracted curious onlookers on the way.

“From now on, the double-decker bus will run on holidays when people can enjoy a ride,” said Partha Pratim Roy, the chairman of NBSTC.

Around 35 years back, the NBSTC had launched three double-decker buses in Cooch Behar. Among these, one got damaged around 21 years back, one was auctioned in 2015 and the third, introduced for tourists, stopped running owing to paucity of passengers.