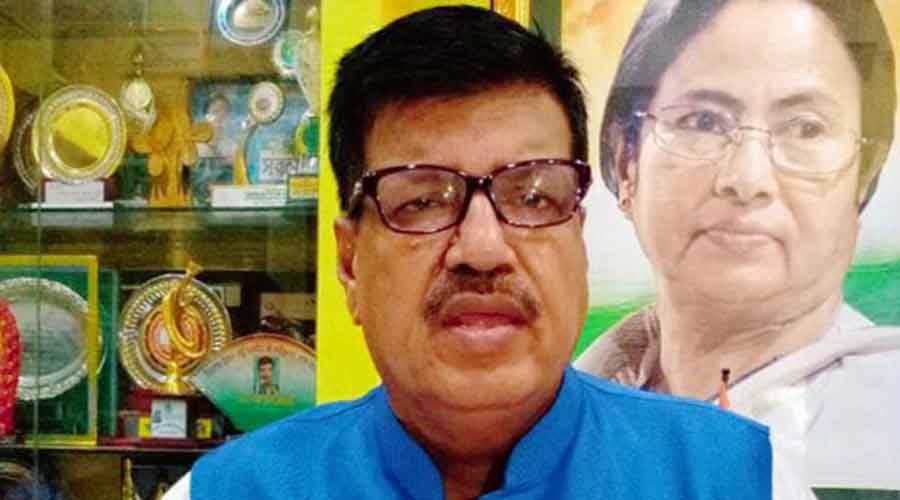 The number of new infections on Sunday is the highest so far in a day in Bengal.

The news of their testing positive came a day after chief minister Mamata Banerjee said the pandemic in India had reached the community transmission stage — something the Narendra Modi government at the Centre has been denying — a dreaded stage of person-to-person spread when the source of the infection is difficult to trace.

Bengal’s recovery rate continued to rise and reached 87.93, ahead of the national rate of 84.12 per cent.

Of the 62 casualties, 17 persons succumbed in Calcutta and 19 in North 24-Parganas. As of Sunday, the state government reported 4,417 or 85 per cent as deaths with co-morbidity “present”.

Bengal’s mortality rate remained 1.92, behind the national rate of 1.55 per cent.

“Ashim (Majhi) is mildly symptomatic,” said a Trinamul leader, and said there was no cause for worry.

On Ghosh, the source said: “Rabida had gone to the nursing home (in Siliguri) for other reasons. His blood-work recently showed high levels of blood sugar and creatinine. He is in the process of recovering from a recent heart attack. So he was going to go for a check-up. He had injured himself while coming down the stairs at home on Sunday. So he was rushed to the nursing home. There, during a mandatory test, it was revealed that he has Covid-19 too.”

The source said that in two recent tests before this, Ghosh had tested negative. “However, as a precautionary measure, he is admitted,” he said.

“It recently came to light that Binaybabu (Barman) had also tested positive and has recovered,” he added.

Over 30 sitting members of the Bengal Assembly, half of from the ruling party, have been infected by the novel coronavirus.