No Question Hour in the upcoming monsoon session of Bengal Assembly, says Speaker

BJP terms it as 'double standard' of TMC, Congress and CPI(M) to comment only when officially informed 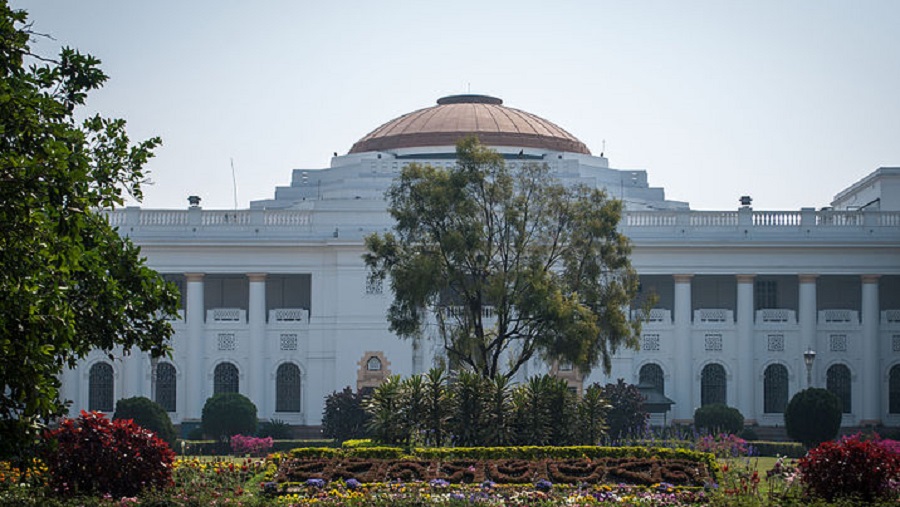 The seating arrangement for the MLAs has been made in adherence to social distancing norms and no visitor will be allowed inside the House during the two-day session
Wikimedia commons
Our Bureau And Agencies   |   Calcutta   |   Published 04.09.20, 03:02 PM

There will be no Question Hour during the upcoming two-day monsoon session of the Bengal Assembly due to "paucity of time and the Covid-19 situation", Speaker Biman Banerjee said on Friday.

The BJP has termed it as "double standard" of the Trinamool Congress, which had earlier called the decision to not have Question Hour during the upcoming Parliament session a "murder of democracy".

Other major opposition parties in the state, the Congress and the CPI(M), however, said they will comment on the decision only after they are officially informed about it.

"We have decided that there will be no Question Hour during the two-day monsoon session, scheduled to begin on September 9, due to paucity of time and the Covid-19 situation.

"Having Question Hour will mean prolonging the session for which the MLAs will have to stay back for a longer period. We do not want that during this pandemic situation," Banerjee said.

Senior Congress leader Abdul Mannan, also the leader of the Opposition in the Assembly, said he will comment only after he is officially informed about it.

"The TMC is demanding Question Hour during the upcoming Parliament session, scheduled to be held from September 14 to October 1, but it has decided not to include it in the Assembly proceedings in Bengal. This is nothing but double standard of the party," he said.

The speaker had earlier announced that the monsoon session of the Assembly will be held from September 9 in strict compliance with the ICMR's guidelines and every person entering the premises during the period, including lawmakers, journalists and House staffers, will have to undergo Covid-19 tests.

The seating arrangement for the MLAs has been made in adherence to social distancing norms and no visitor will be allowed inside the House during the two-day session, he had said.

The state government had last week sent a proposal to the speaker to convene the monsoon session either from the first or the second week of September, sources said.

"As per the norms, there cannot be a gap of more than six months between two Assembly sessions. The previous session was adjourned sine die in March. So, the next session will have to be held by September," a senior TMC leader said.

The 294-member Bengal Assembly was adjourned on March 17, when the budget session was curtailed due to the Covid-19 outbreak.