No plan by state to challenge CBI probe in Supreme Court 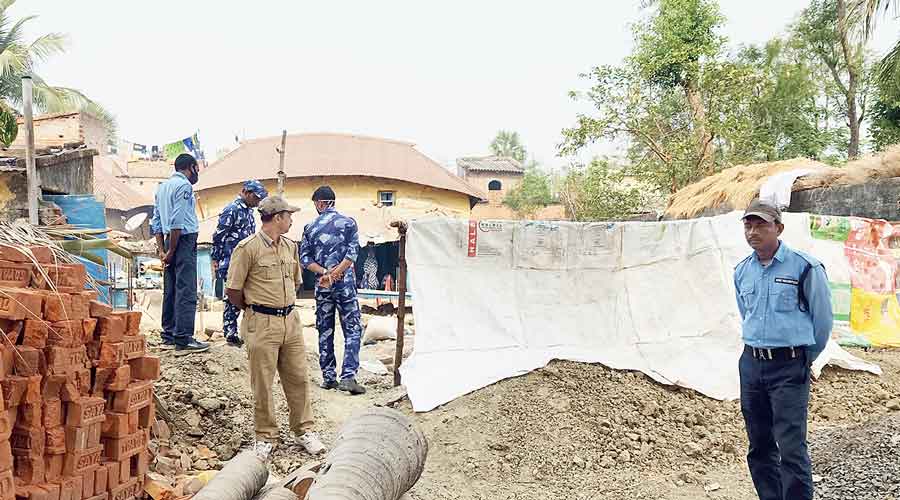 The Bengal government is unlikely to contest in the Supreme Court an order by Calcutta High Court handing over the Bogtui massacre probe to the CBI.

“Unless something changes dramatically, there is no chance of the state moving the Supreme Court against the high court verdict,” said a source.

The decision to steer clear of the Supreme Court, the source added, was taken to minimise the possibility of further embarrassment for the government.

“If the state contests the verdict of handing over the case to the CBI, several uncomfortable questions will crop up,” said the source.

That the state has suspended the Rampurhat IC and sent the Rampurhat SDPO to compulsory waiting is a proof that the administration has accepted lapses in policing.

“Now, if the apex court raises questions about the state of policing, it would give more ammunition to the Opposition, which is demanding the resignation of the home minister,” said a senior official.

A section of government officials said they had begun consulting the lawyers in the Supreme Court to explore the possibility of challenging the order.

“But we came to know that the chief minister herself is not keen to contest this in the Supreme Court. So, the idea has been dropped for the time being,” said an official.

Trinamul is on the back foot politically over the issue because of several reasons and the discomfort was apparent in the manner the party officially reacted to the CBI probe order. “Trinamul will not oppose the CBI inquiry. The party will extend all cooperation to the central agency to unearth the truth. But we will launch agitation if the CBI inquiry takes a political course,” said Kunal Ghosh, a spokesperson for Trinamul.

Sources in Trinamul said the party had decided not to contest the CBI probe order as it would hurt the party's prospects in some ways.

“All the victims are from the minority community. If we oppose the CBI probe, it would send a message that we are trying to shield the culprits. This would not be good for the party considering the fact that the minority vote bank had saved Trinamul from the BJP’s onslaught in 2021,” said a Trinamul MLA.

“The party has enjoyed support from women. Schemes like Lakshmir Bhandar have strengthened the party’s support base. Now, we don’t want to lose the support base by challenging the CBI inquiry,” said the MLA.

A senior Trinamul leader said in view of the mood in the state, it had been decided that the party would claim that the chief minister wanted the law to take its own course and no one would be given any protection.

“This is already established that we will not spare anyone from our party if he or she is found involved in this crime. The chief minister did not spare the party’s block president Anarul Hossain. I can say that if more influential people from our party are found to be involved here, the party would not hesitate to take action against them. Such an approach will help us contain the damage,” said the leader.