This is the biggest ever compensation amount fixed in India on environmental grounds, says, Ritwik Dutta, senior environmental lawyer 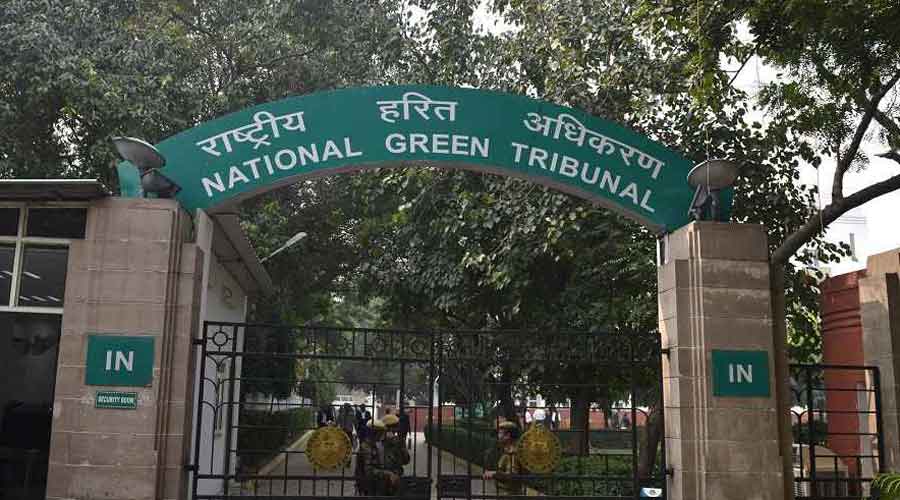 The principal bench of the National Green Tribunal (NGT) has asked the Bengal government to pay Rs 3,500 crore as “compensation” for violating the norms for the management of solid and liquid waste, a sum an environmental lawyer described as a national record 10 times over.

The Bengal government has the option to seek a review by the tribunal or move the Supreme Court. Although the bench used the word “compensation”, the money will be spent entirely on waste management in Bengal. On Saturday evening, state urban development minister Firhad Hakim told The Telegraph: “We have to check the order in detail before taking a decision. But as I understand, this is actually not a fine — the amount has to be kept separately for use in solid waste management alone.”

The bench has asked the state to deposit the amount within two months in a “separate ring-fenced account” dedicated to solid waste management. The account will be operated according to the directions of the chief secretary (currently, waste management is the domain of the urban development secretary), the bench said.

The money will be utilised for restoring the environment, preventing the discharge of untreated sewage, and creating facilities for solid waste treatment and processing. The state has to prepare a plan and report to the bench within three months.

“This is the biggest ever compensation amount fixed in India on environmental grounds. For mega violations, the average fine so far was Rs 30-40 crore and the maximum amount never crossed Rs 300 crore before,” Ritwik Dutta, a senior environmental lawyer in Delhi, said. A senior lawyer who practises at the National Green Tribunal (NGT) and the Supreme Court on environmental matters referred to the Bengal government’s option to appeal, and pointed out that the apex court had previously overturned heavy fines fixed by the principal bench of the NGT.

The bench of tribunal chairperson Justice Adarsh Kumar Goel, Justice Sudhir Agarwal and expert member A. Senthil Vel passed the order on September 1. Senior Bengal government officials, including chief secretary H.K. Dwivedi, attended the hearing.“In the light of above (norm violations by the state) and considering damage to the recipient environment, we hold that apart from ensuring compliance at the earliest, compensation has to be paid by the state for past violations,” the 61-page order said.

“The amount of compensation is fixed @ Rs 2 crore per MLD (million litres daily)…. As noted earlier, gap in generation and treatment in West Bengal, as per data furnished is 1,490 MLD. Thus, under this head, liability of the state of West Bengal is to pay compensation of Rs 2,980 crore, rounded off to Rs 3,000 crore in view of continuing damage.”

It added that “this works out to Rs 366 crore but adding 134 crore for continuing addition of unprocessed waste @ 13,469.19 TPD (tonnes per day), the total amount is rounded off to Rs 500 crore. Thus, final amount of compensation under the two heads (solid and liquid waste) is assessed at Rs 3,500 crore.” The bench warned that “if violations continue, liability to pay additional compensation may have to be considered” and that “compliance will be the responsibility of the chief secretary”.

Environment activist Subhas Datta said: “We are happy with this order. Let the state earmark and spend some money on the environment.”Ritwik Datta, however, added: “The environmental governance needs to be considered alongside fixing a high compensation if we have to obtain a tangible result.”The bench said the waste generated in 125 urban local bodies in Bengal had been “mentioned as 13,469.19 TPD, while segregation is mentioned to be 5994.98 TPD (44.51%)”.

It added: “Further, it is reported that out of 13,469.19 TPD of waste generation, only 3,047 TPD is processed, thereby leaving 10,422.19 TPD waste unprocessed.”The September 1 order is part of a long-running waste management case covering the entire country that the Supreme Court initially handled before transferring it to the NGT eight years ago.