Advertisement
Home / West-bengal / Next weekend you can be at ... Yuksum

Next weekend you can be at ... Yuksum 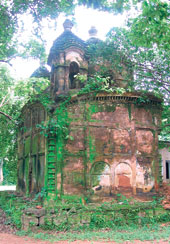 In the middle of the 17th century, Lama Lutsum Chembo travelled southwards from Tibet with the mission of establishing a Buddhist monarchy in the hidden country of Denjong (modern-day Sikkim), meaning the valley of rice.

After a long journey, he reached a place called Norbugang in 1642. There, he met Sempa Chembo and Rinzing Chembo. The three holy men started searching for a monarch to rule the land. They found the right candidate, named Phunstok, near Gangtok. He was the great grandson of Guru Tashi.

Phunstok was rushed to Yuksum. There, on a stone throne, the three Lamas crowned him the King of Sikkim. He was given the title of Chogyal, meaning the king who rules with righteousness, and was conferred the surname Namgyal.

The place was renamed Yuksum, meaning the meeting place of the three superior ones. The stone throne on which the coronation took place can still be seen.

Yuksum is an important tourist destination today. It is the last motorable point for the popular trek to Goechala (via Dzongri) and the base camp of Himalayan Mountaineering Institute.

The town has more to offer than a lunch point for trekkers and mountaineers.

The best way to get to Yuksum is by taking a night bus or train to Siliguri. From there a three-hour jeep journey will take you to Jorethan, which is another jeep journey away from Yuksum.

If you reach by evening, you will have plenty of time to explore the town. The town monastery is particularly interesting.

Next morning, follow the trail to Dubdi monastery. Built in 1701, it is the oldest monastery in Sikkim (though some would differ) and is located on a hilltop overlooking the town.

The road is well marked and it would take you only around half-an-hour to reach the monastery complex.

The small and elegant monastery houses some rare and beautiful paintings. The complex also provides a bird?s-eye view of the town.

After returning to Yuksum, visit the coronation site of the first monarch of Sikkim. It is known as The Throne of Norbugang.

The trail passes the holy lake of Kothok Pokhri. The coronation site is maintained by Archeological Society of India and has been declared a monument of national importance.

The stone throne consists of four seats: the top one was meant for Lama Lutsum Chembo, the slightly lower one on the right was for Punstok, the newly-crowned Chogyal of Sikkim, and the two lower seats on the left were for the other two Lamas.

The coronation took place under a pine tree, which exists to this day. Just opposite the throne is a chorten (stupa), which is said to contain water and soil from all over Sikkim.

Yuksum has plenty of walking trails and a trek down any of them in the afternoon will give you the perfect opportunity to enjoy nature in its purest form.

After a night halt in town, it?s time to head back home with memories that would last a long time.