Growers refer to recent map-related issues for their move 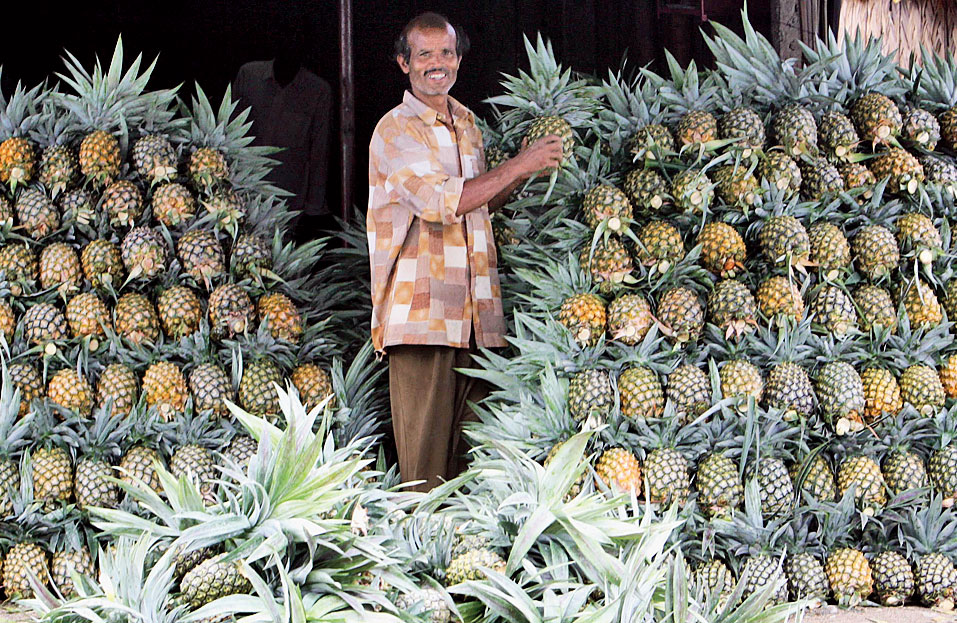 Pineapple growers in north Bengal have decided not to export their produce to Nepal, citing the recent map-related developments.

During the past few weeks, Nepal revised the country’s political map to include Kalapani, Lipu Lekh and Limpiyadhura, which are claimed by India. New Delhi reacted sharply, saying such artificial enlargement of territorial claims will not be accepted by India.

Kajal Ghosh, president, Pineapple Merchants’ Association, said India and Nepal had been maintaining friendly relations for decades now, but “Nepal has recently taken some decisions despite India’s dissent”. “That is why we have decided not to send pineapples to Nepal this time.”

In north Bengal, pineapple is grown in the Bidhannagar belt of Darjeeling , and the Islampur subdivision of North Dinajpur .

In all, the fruit is cultivated across 20,000 hectares in north Bengal and the annual production is around 6.2 lakh metric tonnes. Around one lakh people are directly or indirectly associated with the pineapple cultivation.

Every year, the fruit is exported to Nepal from July till August-end. Pineapples are also sent to other parts of Bengal and states such as Delhi, Haryana, Punjab, Uttar Pradesh and Maharashtra.

A senior member of the pineapple merchant’s outfit said around 3,000 metric tonnes of pineapples were exported to Nepal a year. “Around 25,000 pieces of fruits (50 tonnes) used to be sent to Nepal a day, and a kilo of the fruit fetching around Rs 40. It meant a turnover of Rs 10 to 12 crore. However, this year we won’t export the fruit to Nepal. There is a steady demand of the fruit in markets of north India,” he said.

Ranjan Ghosh, secretary, Camenas Farmers & Producers’ Company, an organisation of pineapple growers, said they might have to sell the fruit at a slightly lower rate in India, but they were sure there would not be any major loss.

Growers have also urged the state to make the Pineapple Development & Research Centre in Bidhannagar functional. The project taken up by the Siliguri Jalpaiguri Development Authority a decade ago has still not taken off.