Lakshmir Bhandar was launched by the Mamata Banerjee government in June, shortly after she had come to power for the third consecutive term 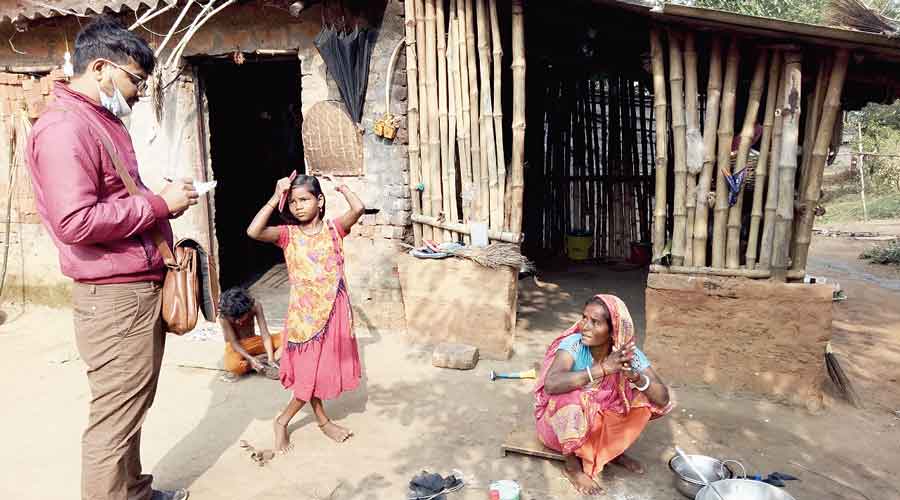 A dipstick survey on the use of cash directly transferred to the bank accounts of women under the Bengal government’s flagship Lakshmir Bhandar scheme has revealed that around 43 per cent of the beneficiaries spend the major part of the dole on the consumption of various daily use items.

The finding should bring cheers to Nabanna as it indicates a spike in consumption expenditure in rural Bengal.

The survey was conducted among 600-odd families spread across over 100 villages in the Jungle Mahal.

In the backdrop of a steady drop in monthly consumption expenditure — indicating a decline in the standard of living — across the country in recent years, the survey has endorsed the hypothesis that direct benefit transfer not only improves the quality of life of the beneficiaries but also gives the economy a big push.

The main focus of the survey was on how the women living in the remotest pockets were spending the money they received under the Lakshmir Bhandar scheme.

Lakshmir Bhandar was launched by the Mamata Banerjee government in June, shortly after she had come to power for the third consecutive term. The scheme provides Rs 1,000 to women heads of Scheduled Caste and Scheduled Tribe families and Rs 500 to those in general categories every month. The state government needs to spend around Rs 16,000 crore annually for the scheme.

“It is heartening to note that a significant majority of women are using the money for daily essential needs, which means the dole has increased their monthly consumption expenditure,” said Pravat Kumar Shit, supervisor of the research work.

Soumen Bisui, a PhD scholar at the Research Centre in Natural and Applied Sciences at Raja Narendra Lal Khan Women’s College (autonomous) under Vidyasagar University, carried out the survey under Shit, an assistant professor of geography of the college, as part of a research on sustainable rural livelihood and women empowerment in the Jungle Mahal.

According to the finding, around 43 per cent are spending the major part of the monthly dole in buying groceries (25 per cent) and utensils and home use items (18 per cent).

“About 10 per cent women have been using it to pay tuition fees or for education purposes and 23 per cent to meet expenditure needs in agriculture. The survey shows 7 per cent of the beneficiaries use the money in rearing of livestock and 5 per cent to purchase LPG cylinders. Five per cent are saving the money, while 4 per cent are repaying small loans. Three per cent are using the money for miscellaneous purposes,” said Shit, who had drawn up the research guidelines.

Bisui and a team of researchers visited the villages and directly interacted with the beneficiaries and their family members to understand what they were doing with the money.

“The money may just seem like a minor dole, but our limited field research has shown that consumption expenditure in remote areas is growing…. The fact that people are spending the money on agricultural activities or livestock rearing is good news as it is bound to result in a spike in income,” he added.

In the backdrop of the Covid-19 pandemic, India’s per capita real private final consumption in 2020-21 regressed to its level three years ago.

The researcher duo said while a detailed survey was required to find out whether Lakshmir Bhandar was helping Bengal buck the national trend, there is little doubt that the monthly dole has come as a real help for the poorest of the poor in the state and given a push to consumption expenditure.