An official of the higher education department says the research centre will provide opportunities to researchers, academics from India and abroad 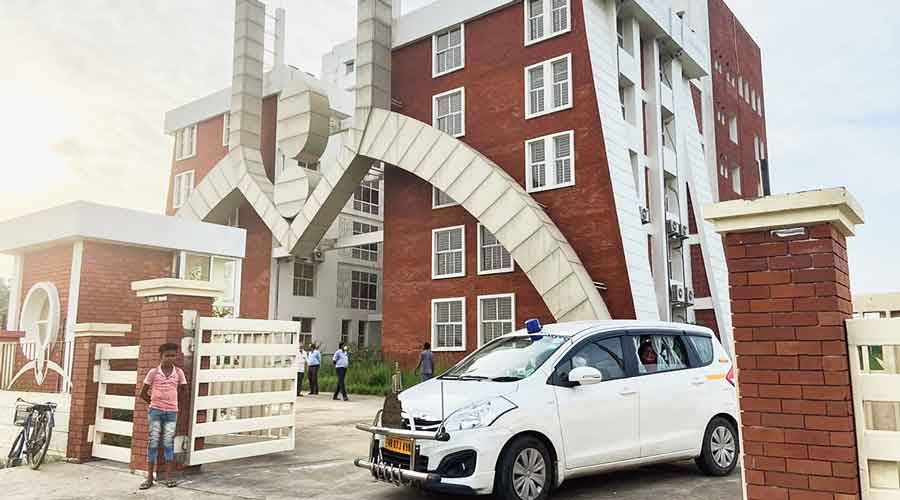 As an extended campus of the Calcutta-based Sanskrit College and University, it is being envisaged as a “centre of excellence” and will be named after Chaitanya Mahaprabhu, Mamata said during an administrative review meeting in Krishnagar.

The Mahaprabhu Chaitanya Sanskrit Sanskriti Gobeshona Kendra will focus on higher studies on Indology, Sanskrit and ancient texts in Pali, Prakrit and Apabhramsa, besides research on Indology and culture allied with the history of ancient India and Bengal.

Sanskrit, Bengali and English will be the key languages for the new centre.

“This is a big project. This is not just associated with education, we will include it in the Nabadwip heritage city project and in Nadia’s circuit tourism,” Mamata said.

Soma Bandyopadhyay, the vice-chancellor of Sanskrit College and University and in-charge of the research centre, said: “This is a dream set to become reality as it will be operational from January 1. This has been made possible only because of the chief minister’s sincere efforts.”

“The building is ready for inauguration. The naming was done by the chief minister on Thursday. We are now procuring furniture and will make the centre operational from New Year’s Day,” Bandyopadhyay said.

An official of the state higher education department said that in 2016, scholars from Nabadwip, once known as the “Oxford of the East” for its rich association with Sanskrit studies, had demanded a research-and-practice centre for the language to be set up, following which Mamata announced the project and requested Indologist Nrisingha Prasad Bhaduri to examine its feasibility and objectives.

Bhaduri submitted a report, recommending it as a centre for Indological studies under the Sanskrit College and University. As a result, the centre with a five-storey building and a 1,500-seater auditorium was built on a 7.5-acre plot at a cost of Rs 30 crore in Nabadwip.

The campus also has a scholars’ block, a guesthouse, staff quarters, a canteen and a grocery store.

“There are many institutions in India that study Sanskrit, but none has such wide scope for research and practice of Indological languages. Hence, we can claim this is the first of its kind in the country,” Bandyopadhyay added.

She said the objective was to explore avenues in research activities in Sanskrit, Pali, Prakrit, Apabhramsa languages and in Indological studies that often face hurdles for various reasons.

The centre will also uphold Sanskrit as the language of modernity that pervades the realms of science, philosophy, and aesthetics, besides linguistics and religion, with ease, she said.

“To materialise this, we will bring together all the Sanskrit education and research units of Nabadwip, and the town library that has old and rare manuscripts, under a single umbrella,” she added.

An official of the higher education department said the research centre would provide opportunities to researchers, academics from India and abroad.

It will also help teachers of the Sanskrit College and University to harvest the traditional Indic knowledge base already present in university’s repository, and also explore new avenues for Indological and Sanskrit studies, he added.