Residents of two blocks complain of erratic and dirty supply 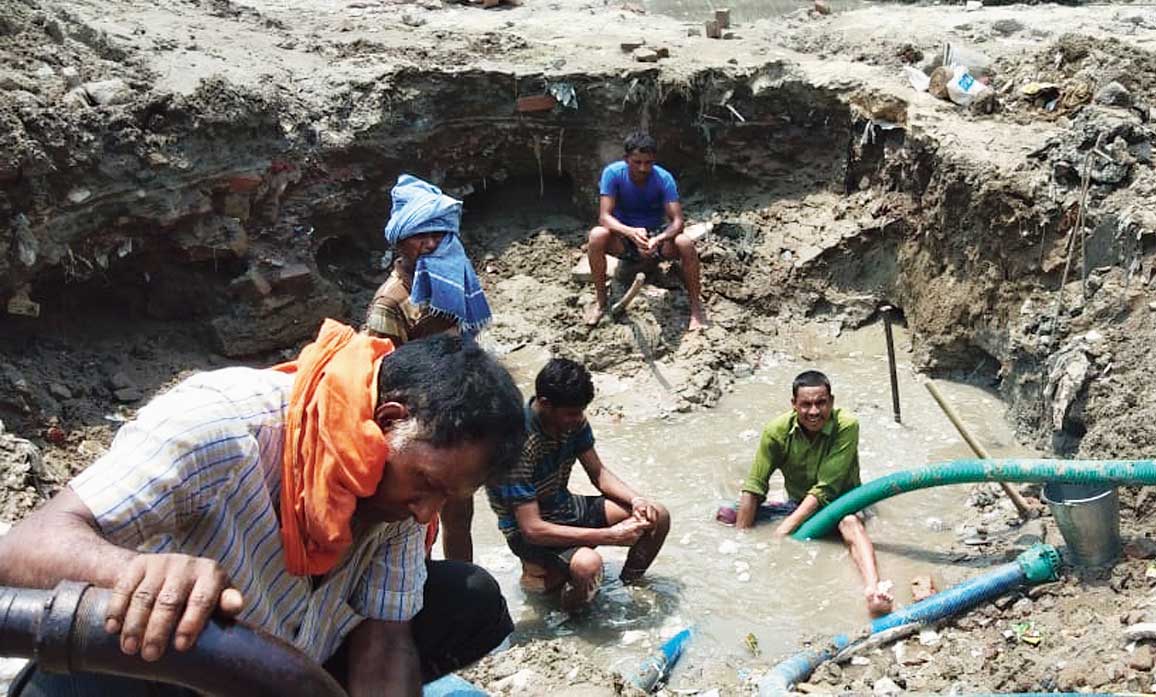 Muddy water continues to flow from taps in ED and EE blocks of Salt Lake despite pipeline repairs, residents have complained.

The main supply pipe that distributes water from Tank No. 10 to the EE and ED blocks near the Karunamoyee bus terminus had ruptured

in at least two places. More than 1,800 houses in the blocks had to go without water till it was repaired.

“A section of the broken cast iron water supply pipe was replaced. Mechanical joints were used to secure the new portion with the existing pipeline. The water supply was then restored,” a CMC official said.

The water supply pipeline along with the reservoirs and the storage tanks in houses and apartment blocks have to be cleaned thoroughly to get rid of the muddy water, the Salt Lake civic official said.

A section of the broken cast iron water supply pipe that was replaced.
Telegraph picture

Soham Chakraborty, a resident of ED Block, said water supply had been erratic since Friday and the water flowing from the taps was muddy.

“The colour of the water is brown. We have a water purifier at home but are buying packaged drinking water as even water from the purifier is cloudy,” Chakraborty said.

Another resident found it appalling that the corporation had failed to restore proper water supply four days after the pipeline sprung leaks in at least two places while the foundation was being laid for a housing complex in ED Block.

“First, they struggled for two days with the repairs. Now, the water that is being supplied is unfit for even washing clothes, leave alone drinking,” Partho Ganguly said.

Bidhannagar MLA Sujit Bose said all water tanks in the township would be flushed out soon.