Money kept in residences without my knowledge: Partha's close aide

Only time would tell if the action against me was justified, says veteran leader 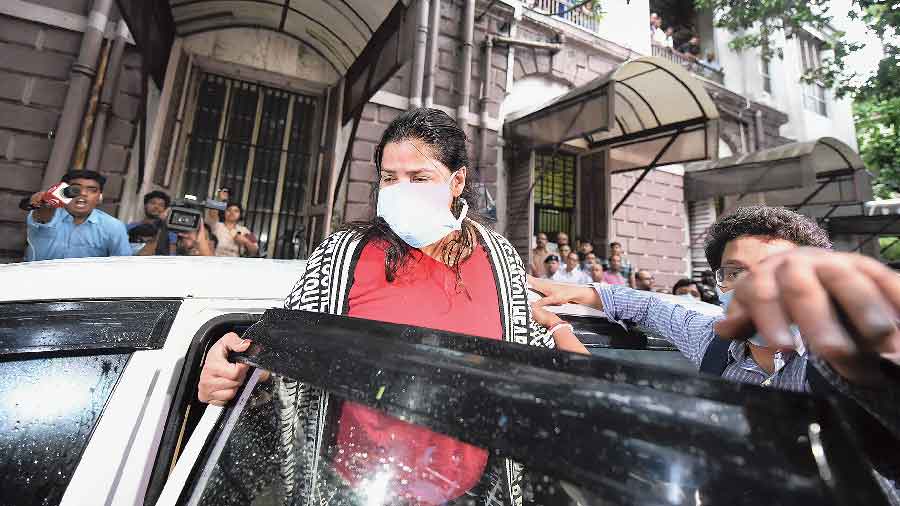 Suspended TMC leader Partha Chatterjee's close aide Arpita Mukherjee, who has also been held by the Enforcement Directorate in connection with its probe into a school recruitment scam, said on Tuesday that crores of rupees recovered by the agency was slipped into her residences without her knowledge.

ED sleuths have recovered around Rs 50 crore in cash, along with jewellery, from her two flats in south-west Calcutta and Belghoria.

Both Chatterjee and Mukherjee were taken to ESI Joka, on the southern outskirts of the city, for medical check-up, during the day.

Mukerjee, after deboarding a vehicle, told waiting reporters, Money was kept in my residences without my knowledge , sparking speculation as to who was she pointing fingers at.

Earlier, Chatterjee, who has been relieved of his ministerial duties, had said that he was a victim of a conspiracy and expressed displeasure over the TMC's decision to suspend him.

The veteran leader had also said that only time would tell if the action against him was justified.

Both Chatterjee and Mukherjee have said that the money recovered did not belong to them.

They will be produced before PMLA court on Wednesday, with the 10-day ED custody of the duo coming to an end.

Not my money: Partha Chatterjee