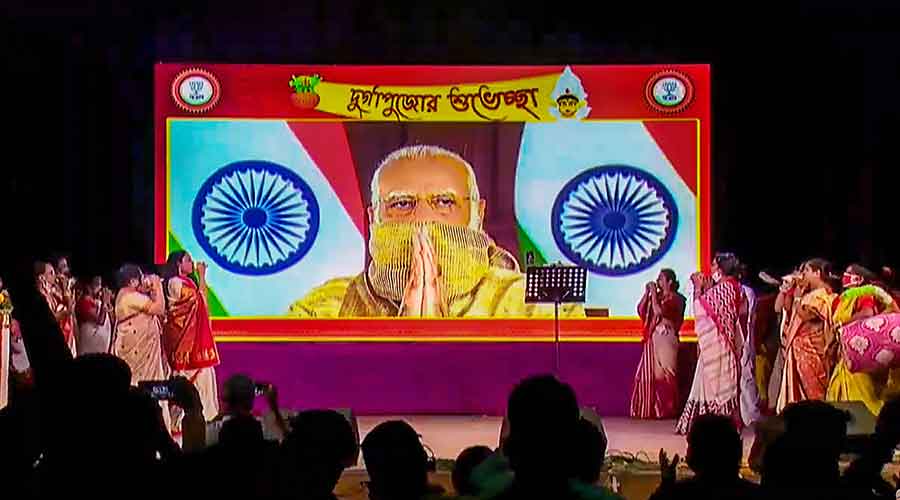 Even the Prime Minister’s virtual presence couldn’t hide the rifts in Bengal BJP.

Ghosh’s absence was justified as he had recently contracted Covid-19, said a source. But virtually all leaders at EZCC were close to the Kailash Vijayvargiya-Mukul Roy lobby.

“Dilipda’s lobby has taken a back seat,” a party source told this paper.

Bengal BJP general secretaries Subrata Chatterjee and Sayantan Basu, said to be close to Ghosh, did not show up, though *Basu* later said he was in Howrah *while Chatterjee was in Burdwan*. Ghosh’s aides Pratap Banerjee, Agnimitra Paul and Raju Banerjee came, but the latter looked disinterested in the goings-on.

When leaders inside the auditorium were asked to come onstage and play the dhaak, Raju Banerjee stayed away.

“I am the president of different pujas in Howrah. I had told the party that I would be in Howrah listening to the PM,” he said.

In the evening, the media cell of the state BJP unit circulated a Durga Puja video message by Ghosh that had no mention of the puja hosted by his own party.