The term loosely translated means assault or beating on doorstep 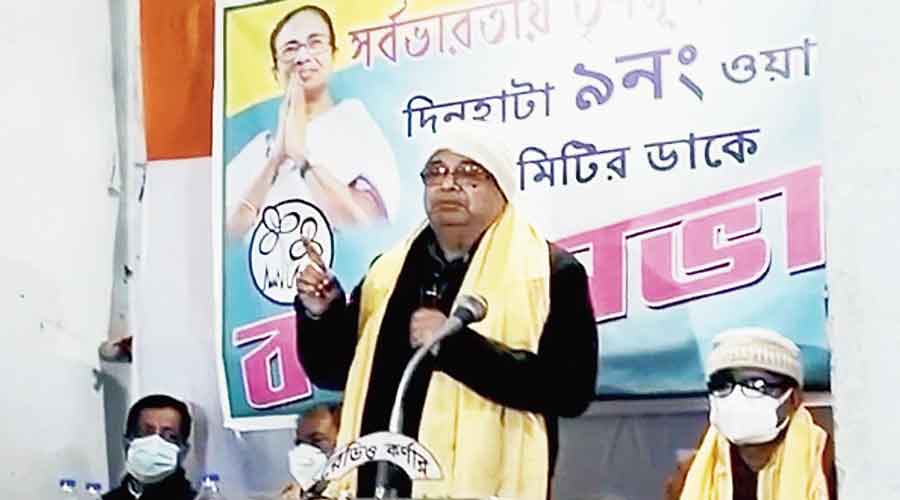 A public remark by Udayan Guha, the Trinamul MLA of Dinhata in Cooch Behar who won by a record margin last year, on Sunday evening where he purportedly threatened voters of Dinhata has drawn flak.

Guha, also the district chairman of Trinamul in Cooch Behar, was speaking at a public meeting organised by the party in ward 9 of Dinhata, where civic polls are likely on February 27. “The state has introduced Lakshmir Bhandar (monthly cash dole) for women and some civic bodies have helped to men in various ways. Let me make it clear that anybody who has availed of the benefits from us but has voted elsewhere will face consequences. We will introduce Duare Prahar, a new scheme, for them,” he said.

As his speech surfaced on social media, Trinamul leaders were quick to react.

Former minister Rabindranath Ghosh slammed Guha’s comment. “It is his opinion. The party does not endorse such comments. He can’t make such controversial remarks,” said Ghosh, a state vice-president of Trinamul.

On Monday, a delegation of BJP leaders filed a complaint with Kotwali police against Guha, accusing him of openly intimidating voters.

Guha, however, sounded unapologetic on Monday about what he had said.

“Whatever I have said is for those who take all benefits but betray the party at the time of elections. This is unacceptable,” he said.