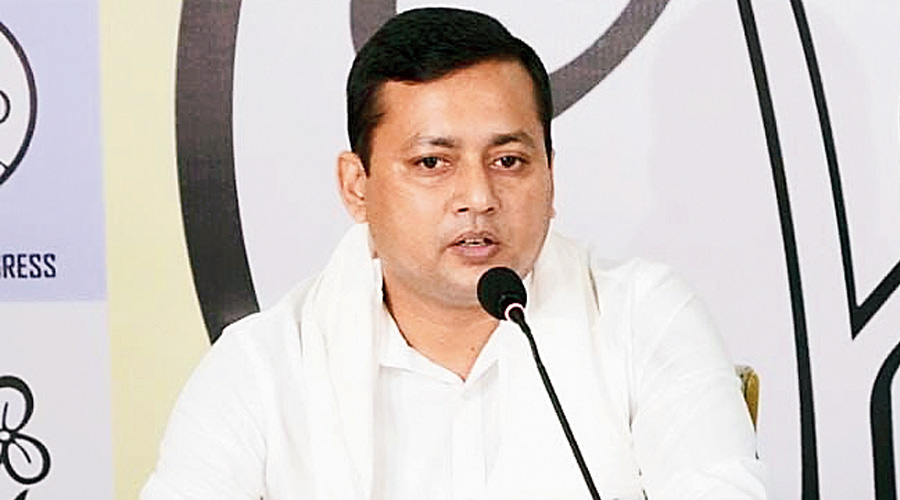 Tanmay Ghosh, who had left the Trinamul Congress in March and won the Assembly election from Bishnupur on a BJP ticket, on Monday returned to his old party.

Ghosh’s candidature was announced by the BJP within 18 hours of his induction amid intense protests from old-timers in the party.

Ghosh is the second BJP MLA after Krishnagar North legislator Mukul Roy to return to Trinamul after the Assembly election results. The BJP’s strength in the 294-member Assembly has come down to 73 with the latest desertion. It also re-ignited fears within the saffron camp of en masse defection of lawmakers.

“The BJP is practising vindictive politics in Bengal. During the Assembly elections, they even tried to win Bengal by force. The BJP is using (Union) government machinery to meddle with matters of the state and to ruin the history, heritage and culture of Bengal,” said Ghosh, who is also a former councillor of Bishnupur municipality.

Ghosh also said irrespective of political inclinations, all public representatives of the state must work to strengthen chief minister Mamata Banerjee and stand by her pro-people initiatives.

Bengal BJP chief Dilip Ghosh said: “He (Ghosh) was being linked to the cases lodged against Shyamaprasad Mukherjee, and hence, he joined Trinamul under pressure.”

Mukherjee, a member of the first Mamata Banerjee cabinet and former chairman of the Bishnupur municipality, was arrested on August 22 on charges of misappropriation of around Rs 10 crore given to the civic body.

BJP’s Nandigram MLA and Opposition leader, Suvendu Adhikari, postponed several programs, including a Janmashtami event in his own constituency, and rushed to Bishnupur to hold a news conference regarding the defection.

“He had joined the party suddenly, shortly ahead of the polls and was chosen to fight the polls for us.… Anybody would’ve won from this seat because people here were with the BJP,” said Adhikari.

Another Trinamul turncoat Saumitra Khan, the BJP’s Bishnupur MP and chief of the party’s state youth wing, said on social media that the Bishnupur MLA made the choice to save his crores of rupees.

A section of the BJP’s old-timers asked that if the leaders had known of the defector’s alleged corruption, why he had been inducted into the party.

Trinamul spokesperson and Bengal’s education minister Bratya Basu, in whose presence the MLA’s ghar wapsi took place, said: “It is difficult for Bengali MLAs to work in the BJP because they’ve no connection, whatsoever, with the complex, exceptional ethos of Bengal and its people.”