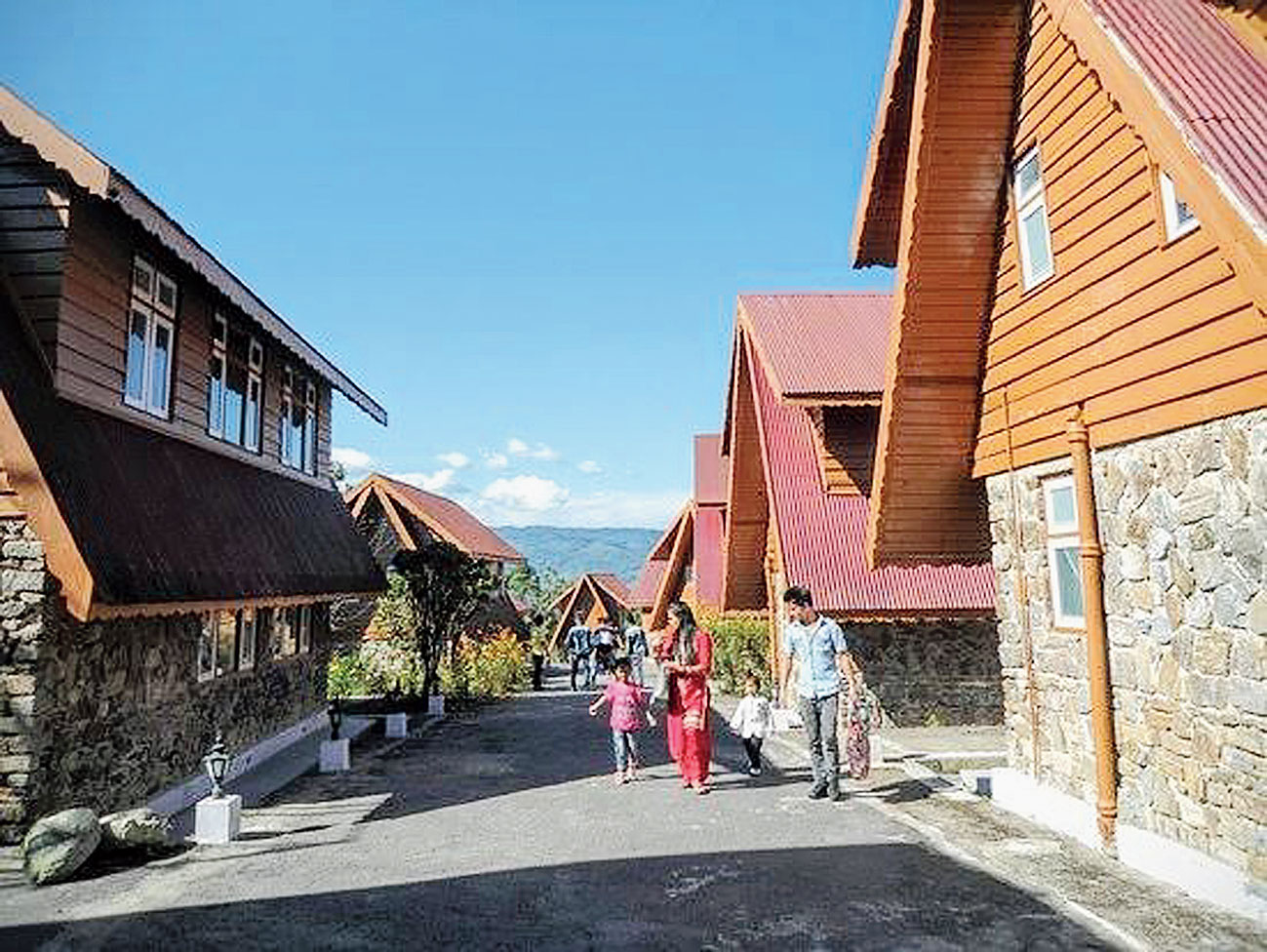 Mirik’s Swiss Cottage Motel is being renovated with a possible Puja date for its relaunch, promising tourists another boarding option for in the idyllic hills.

The Gorkhaland Territorial Administration (GTA) is overseeing the makeover of the resort, which remains one of the oldest such facilities in the hills and was developed by the erstwhile Darjeeling Gorkha Hill Council.

Known as Orange Country Retreat, the resort is located around 52km from Siliguri, has 12 cottages and a restaurant. An added attraction is that it is barely 2km from the famous Sumendu Lake and close to the helipad in Mirik.

“Earlier, it was popular with tourists because of the serene and tranquil surroundings and also because people staying in the cottages can enjoy a view of the entire lake and the town. But due to lack of proper maintenance, the cottages had become dilapidated and were not fit for stay in the past couple of years,” said a source in the tourism department of the GTA.

It was learnt that the engineering division of GTA had initially sent an estimate of Rs 1 crore for the reconstruction to the state. But the urban development department asked for a revised plan.

“The revised plan was sent and last month, the state sanctioned Rs 56 lakh for its renovation. Of these, 12 cottages, major repairing works will be done in three and minor works in the remaining nine and the restaurant. The renovation works includes painting, repairing of water pipeline and rebuilding the floors. We have initiated the work and want to finish it ahead of Puja when tourists start flocking to the hills,” said Puran Pradhan, the executive engineer of the engineering division of GTA.

Stakeholders of tourism industry welcomed the initiative. “Earlier, Mirik was a destination for a day trip or people used to stop in the town while ascending to the hills or vice-versa. But in recent years, people are staying in Mirik. A number of homestay options have mushroomed as there is a steady demand for rooms in and around the hill town. It is obvious that once the cottages are ready with the restaurant, people would rush to make bookings,” said Tanmoy Goswami, who runs a travel house in Siliguri.