Police sources said, Sanjay Ghosh (47), his wife Mitali (39) and daughter Shila (16) were hacked to death allegedly by Srikanta and Tapan 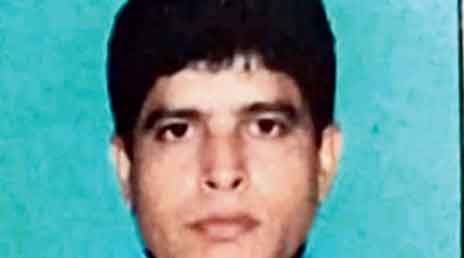 A middle-aged couple and their 16-year-old girl were hacked to death allegedly by two relatives following a land dispute on Monday morning in Hooghly’s Chanditala.

Police sources said, Sanjay Ghosh (47), his wife Mitali (39) and daughter Shila (16) were hacked to death by Sanjay’s cousins Srikanta and Tapan, who are in their early 30s. Sanjay used to sell cosmetics, while his daughter Shilpa was a Class XI student of a high school in Chanditala.

“We have arrested one Tapan Ghosh and a raid is on to catch his sibling Srikanta, who is the main accused. The murder was fall out of a land-related dispute among cousins,” said Amandeep, the Hooghly rural superintendent of police.

According to villagers and the police, Srikanta had returned from Maharashtra seven months ago. He used to work as a gold ornament artisan and had accused Sanjay of grabbing his share of land.

The police said that Srikanta recently had bought a chopper from the local market and used to sharpen it in front of Sanjay and his family members with a threat to kill them.

“On Monday morning, Srikanta entered inside Sanjay’s house and hit him with the chopper on the neck. As he fell down in pool of blood, the assailant used the chopper to attack Mitali. When Shilpi tried to flee from the spot, the assailants caught and killed her,” said a villager.

The angry villagers pelted stones on the house of Srikanta and his brothers. The police said Srikanta fled after murdering the trio.

Railway police in Birbhum’s Sainthia rescued eight minors from Guwahati-Bangalore Express late on Sunday evening. Police said they were being taken to Bangalore by a tout to work as migrant labourers at a construction site. The police said all the minors were aged between 12 and 17 years and hailed from villages in Malda.

Pritam Das, the officer in charge of Sainthia GRP, said that all the minors had been handed over to Birbhum childline for safe custody.

“We raided the train at Rampurhat station following a tip-off and rescued the children. Primarily all of them have been sent to Birbhum childline. We are keeping an eye to intercept rackets supplying minors to different states as migrant workers,” said Das.