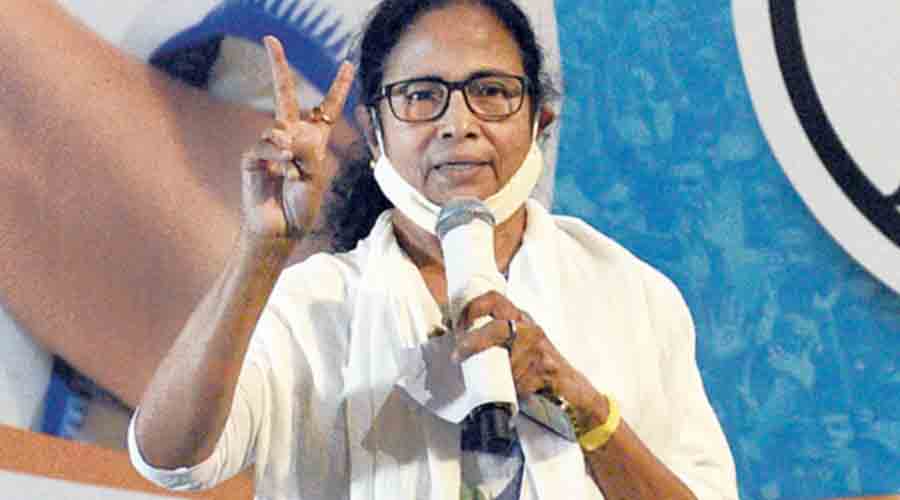 Trinamul chief Mamata Banerjee on Saturday took to Twitter to formally announce her maiden trip to Goa later this month and called upon “individuals, organisations and political parties” to join her and oust the BJP from the western state.

“As I prepare for my maiden visit to Goa on 28th, I call upon all individuals, organisations and political parties to join forces to defeat the BJP and their divisive agenda. The people of Goa have suffered enough over the last 10 years,” Mamata tweeted.

She added: “Together, we will usher in a new dawn for Goa by forming a new govt that will truly be a govt of the people of Goa and committed to realising their aspirations!”

Her tweet had a hashtag “GoenchiNaviSakal”, or “a new dawn for Goa”.

Trinamul had earlier announced it would contest the Goa Assembly polls scheduled for February 2022. Party MP Derek O’ Brien, poll strategist Prashant Kishor and other leaders are already preparing the ground for it.

Mamata’s call to political and apolitical forces to join hands with her and overpower the BJP in Goa is being seen as the latest of the many attempts on her part to bring together the Opposition before LOk Sabha polls in 2024. “The language of the tweet is important... it indicates she wants to bring all anti-Modi forces under one umbrella for a brute Opposition,” a party source said.

On Friday, Mamata appointed Luizinho Faleiro, Goa’s former Congress chief minister, as a vice-president of Trinamul. Faleiro has been instrumental in encouraging and convincing people from several walks of life and fellow Congress leaders to join Trinamul in Goa. Prasad Gaonkar, an Independent MLA of Goa, has also extended his support to Trinamul.

The party has, however, been accused of forcing defections from the Congress, the biggest national force against the BJP, and thereby strengthening the saffron camp. Adhir Ranjan Chowdhury, MP and Bengal Congress chief has repeatedly levelled such allegations against Trinamul.

Bengal BJP’s chief spokesperson Samik Bhattacharya took to sarcasm to comment on Mamata and her decision to visit Goa. “She is such a talented person. Why should her prowess be limited within the country? It must be used at the international level to combat the Covid-19 virus,” remarked Bhattacharya.