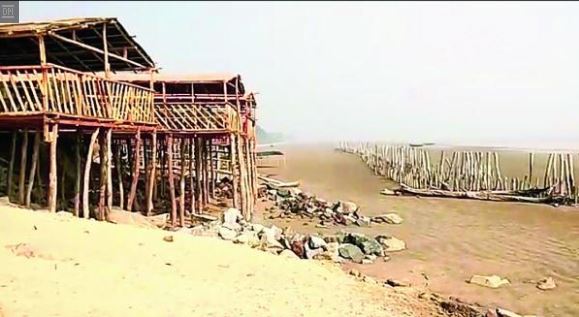 Bengal chief minister on Tuesday iterated that her government would develop the proposed deep-sea port in East Midnapore’s Tajpur on its own even though Nabanna is yet to formally communicate its decision to the Centre which is supposed to execute the project jointly with the state.

“We had given 74 per cent stake to the Centre to develop Tajpur port during the tenure of former shipping minister Nitin Gadkari in 2017. But the project has come to a halt. We want to do it on our own,” Mamata Banerjee said during a programme to inaugurate a business convention centre at Digha, around 18km from the proposed Rs 13,000 crore project.

This is not the first time that the chief minister has expressed her wish on the port. In January, Mamata had first announced that the state would pull out of the agreement with the Centre and develop the port on its own.

At that time, sources said, the top brass of the state government had decided that Nabanna would write to the Centre informing it that Bengal would go alone to develop the port.

“It was said then that the commerce and industries department would write to the Centre. But no such letter has been sent to Delhi till date,” said a senior state government official.

The sources said the formal termination of the agreement was yet to happen and the state had not worked out the modalities to develop the project on its own either. “The state government is cash-strapped, which means it would have to get private players. The question is whether that due diligence has been done,” asked another officer.

Officials aware of the developments said the chief minister might have been trying to keep the Centre under pressure by iterating the stand on the port.

“The project can give a boost to the state’s economy and would generate many jobs. Tajpur port remains as the biggest bet for the ruling party ahead of the 2021 Assembly polls in the absence of major investments in Bengal during the Trinamul regime. That is why the chief minister is keen on completing the project before 2021,” said a source.

A section of the officials said it would be tough for the state government to sever ties with the Centre at this juncture and develop the port before 2021.

“The CPT (Calcutta Port Trust) has almost completed the feasibility study. Based on the reports, the DPR could be prepared if the environment impact assessment study does not put up a barrier. If the state withdraws from the venture, it has to start the work (feasibility study) from the beginning. So, it is apparently tough for the state to sever ties with the centre at this juncture,” said an official.

Initially, the Bengal government had decided to develop the port on its own with a private partner.

But in the later half of 2017, Nabanna agreed to give 74 per cent stake to the Centre, which was working to develop a riverine port in South 24-Parganas’s Sagar Island under a special purpose vehicle called Bhor Sagar Port Ltd.

“We gave majority stake of Tajpur port to the Centre with a precondition that a bridge should be built over the Muriganga river to connect Sagar Island to the mainland. We also agreed to the decision that the Tajpur port would be developed first. But the Centre was slow on both the projects and the progress on Tajpur port has particularly irritated the chief minister,” said a senior official.