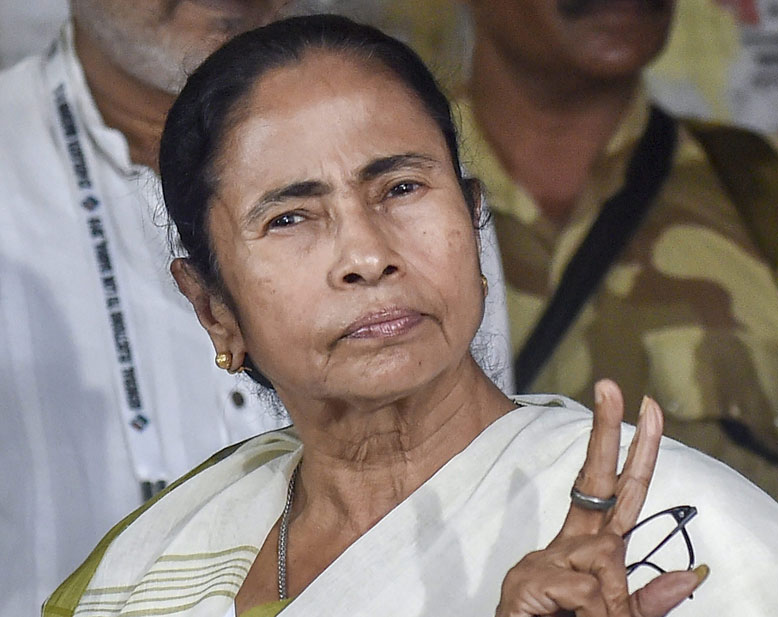 Trinamul Congress chief Mamata Banerjee on Saturday offered to quit as chief minister of West Bengal following her party's drubbing in the Lok Sabha polls but the TMC rejected her offer.

Addressing her first press conference after the election results were declared, she accused the BJP of polarising the people on religious lines to garner votes in West Bengal.

'At TMC's internal meeting, I offered to leave the chief minister's post. However, the offer was rejected by the party and I may continue,' Banerjee said.

'This huge victory is not beyond suspicion. It is quite astonishing how the opposition is completely wiped out in several states. There has been some setting and foreign powers are also involved,' she claimed.

The TMC chief also said that an emergency-like situation was created in the state by the BJP to win the elections.