She said the state government would set up 200 new schools where students would be taught in languages like Nepali, Hindi, Urdu, Kamtapuri, Kurmali and Sadri 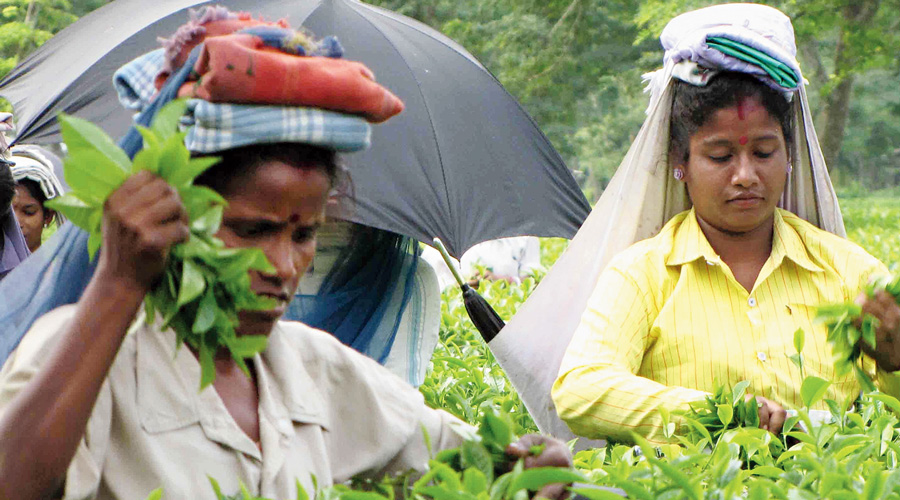 Chief minister Mamata Banerjee announced financial incentives for tea and tourism sectors, which are the major employment generators in north Bengal, and reached out to different communities in the region by augmenting educational infrastructure in the budget.

Mamata said the state government would set up 200 new schools in the next five years, where students would be taught in languages like Nepali, Hindi, Urdu, Kamtapuri, Kurmali and Sadri languages. For these proposed educational institutions, she announced an allotment of Rs 100 crore in the next fiscal (2021-22).

“There are many people in the state who speak Nepali, Hindi, Kamtapuri, Urdu and Kurmali language. We will open 100 new schools in these languages in the next five years and 300 para-teachers will be engaged…. also, in the tea gardens, 100 schools will be opened where students would be taught in Sadri…. another 300 para-teachers would be engaged in these schools,” Mamata said.

Added to it, the chief minister also announced that the state would grant recognition to 200 Rajbanshi-medium schools and allotted another Rs 50 crore.

A political analyst said it was an attempt to reach out to different communities of north Bengal by ensuring elementary education in different regional languages.

In the budget, she has also proposed opening 100 new English medium schools in areas having higher concentration of Scheduled Castes and Scheduled Tribes and another 500 Ol Chiki-medium schools in the state, some of which are also expected to come up in north Bengal.

“Cha Sundari,” or the free housing scheme launched by the state for tea workers, also found a place in the budget with Mamata announcing Rs 150 crore for the scheme in the next financial year.

For the tourism sector, the chief minister announced a scheme to support the industry that has taken a beating because of the Covid-19 pandemic.

“Under the scheme, loans ranging from Rs 50,000 to Rs 10 lakh will be provided to those who are associated with the sector and in the first year, the state will bear half of the interest. A sum of 10 crores has be-en allocated for the scheme,” Mamata said.

She also announced the introduction of a new incentive scheme for a period of five years for the tourism industry with effect from the next financial year as the previous scheme expired on December 31, 2020.

“It is a great step that the state government has taken to help the industry. This will largely benefit the homestays, guest houses and the government’s thrust is on development of rural tourism and smaller places. From the association, we are very happy that the state government has looked up to tourism whereas the Centre has completely ignored us,” said Sudesh Poddar, president, Hotel and Restaurant Association of Eastern India.

Laying stress on augmenting physical infrastructure to improve connectivity, the chief minister announced a 9.5km-long two-lane bridge over the Raidak 1 river on the Baxirhat-Jorai Road in Cooch Behar district.

She also announced that another bridge would be constructed over the Balason river along SH12 along the Siliguri-Mirik route.

Also, the Changrabandha-Jamaldaha-Mathabhanga-Cooch Behar road on SH16 will be extended by 75km, while a 60km stretch that connects Botolbari and Dhantala (both in North Dinajpur) will be widened to a two lane road, she mentioned in the budget.

For the north Bengal development department that she had formed in 2011, Mamata announced an allocation of 776.51 crores for 2021-22.

The allocation for the tourism department, on the other hand, was 457.38 crore for the next fiscal.