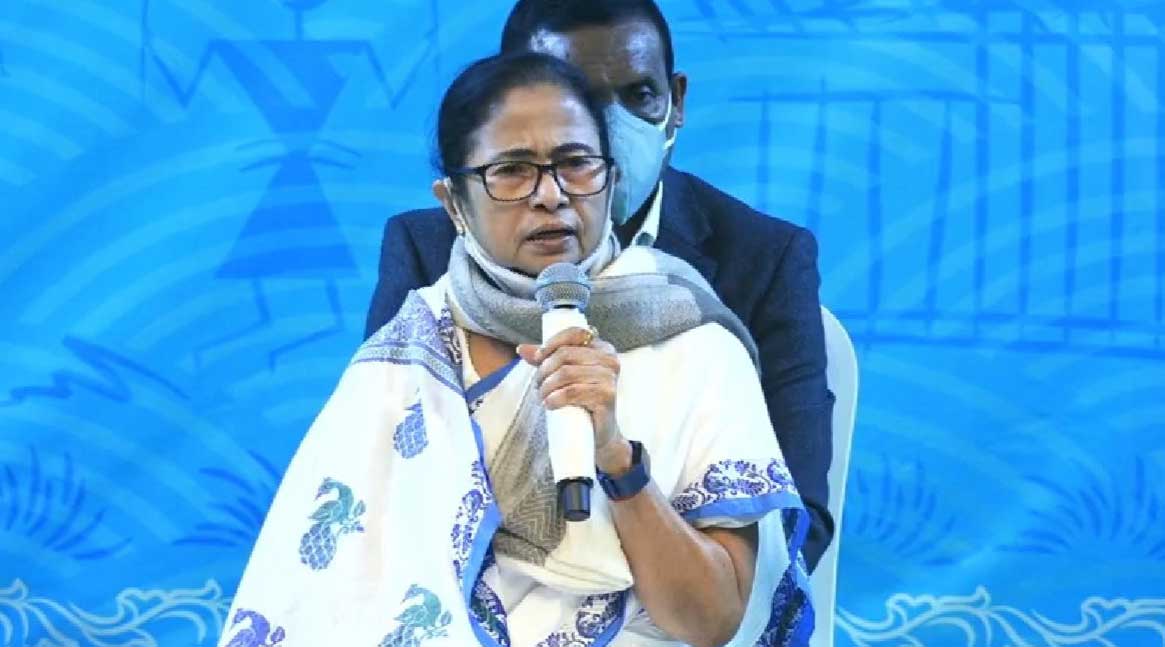 Bengal chief minister Mamata Banerjee, who was in Gangarampur to address administrative meetings pertaining to North and South Dinajpur on Tuesday, instructed inspectors-in-charge and block development officers to not allow Border Security Forces personnel to enter villages without prior permission.

Mamata referred to the killing of civilians in Nagaland and also the killings in Sitalkuchi during the Assembly polls and again in Cooch Behar recently.

“There is one problem in your area,” Mamata said addressing the South Dinajpur district police officers. “BSF personnel enter villages, threaten villagers. They are even seen in voting queues. See what happened in Nagaland. Sitalkuchi happened, recently three people were killed in Cooch Behar. This should be taken up DGP to DGP,” she added.

The acting director general of police Manoj Malviya told the chief minister, “I had recently met the DG (BSF). They are writing to us. We are not giving permissions.”

On Sunday, 13 civilians were gunned down by the 21st Para Special Force of the Army, while 14 others were seriously injured and eight suffered minor injuries in Mon town in the northern reaches of Nagaland.

The killing has raised a furore across the nation with questions being raised on the "excesses" committed by the Indian Army under the Armed Forces Special Protection Act. Since the killings of Sunday, chief ministers of Nagaland and Meghalaya have demanded repeal of AFSPA in their respective states.

Mamata’s next question was addressed to the inspector-in-charge of police stations in the border district.

“Ke ke chhere den (How many of you allow them)? If outsiders enter your area… law and order is your jurisdiction. Whenever there is a complaint from any village about BSF personnel entering, the ICs should visit along with the BDOs to assuage the villagers,” Mamata said.

She was in Gangarampur to address administrative meetings for the twin districts of North and South Dinajpur.

"On the evening of 4th December around 1610 hours, when eight villagers were returning home from coal mining work at Tiru in a pick-up truck, they were ambushed and killed by Security Forces (reportedly, 21st Para Special Force based in Assam) at random, apparently without any attempt for identification," a joint report by Nagaland DGP T John Longkumer and Commissioner Rovilatuo Mor has said.

The officials said the victims were all unarmed civilians working in coalmines. Of them, six were killed on the spot and two critically injured.

The report was submitted to the state government on Sunday, PTI reported.

On hearing gunshots, the villagers went to the spot. "On reaching the spot, they found the pick-up truck and the special forces personnel trying to hide the dead bodies of the six villagers by wrapping and loading them in another pick-up truck (Tata Mobile) apparently with the intention of taking the dead bodies to their base camp," the officials have said in the report.

"Violence broke out between the villagers and security forces when they discovered the bodies covered with tarpaulin sheets. Angry people then set on fire three vehicles of the security forces," the report said.

In the melee, the security personnel again opened fire against the villagers which led to the death of seven more villagers and eyewitnesses have confirmed that the special forces personnel opened fire indiscriminately as they fled from the scene towards Assam side even firing in the coal mine hutments on the way, they said.

Acknowledging that the first incident was a "case of mistaken identity", Union Home Minister Amit Shah had told Parliament on Monday, "The Government of India sincerely regrets this unfortunate incident in Nagaland and offers its deepest condolences to the families of those who have lost their lives."