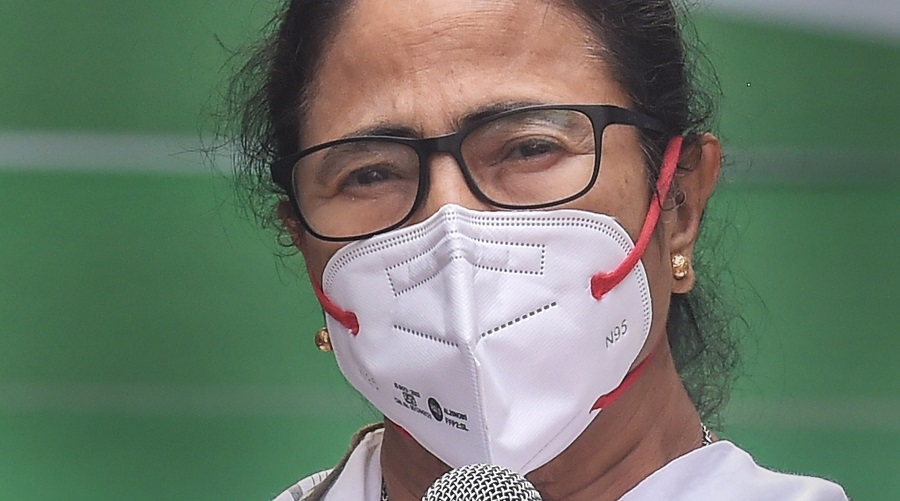 Trinamul chief Mamata Banerjee appealed for peace on Monday after Bengal erupted in violence with reports pouring in about attacks on BJP followers and even Red Volunteers working for Covid relief.

“Bengal loves peace and culture. Elections are over now. Sometimes it becomes very heated. There is also no denying that BJP and the central forces committed atrocities. I will request all to stay peaceful,” Mamata said on Monday from  her Kalighat residence.

As per final results of the Assembly elections held for 292 of 294 seats, Trinamul has won 213 seats, two more than 2016; while the BJP has bagged 77. The two remaining seats were won by an Indian Secular Front candidate and an Independent. In 2016, Trinamul won 211 seats and then engineered largescale defections from the Congress.

Despite the overwhelming victory, Mamata herself lost in Nandigram to the BJP's Suvendu Adhikari, her one-time close aide, by 1,956 votes. On Monday, Mamata alleged that a returning officer was threatened at gun point to not order a repoll.

“I have received an SMS where a returning officer is pleading for his life… From 8,000 votes suddenly it went to zero. For hours the server was down. I know EVMs were changed. Forty minutes there was power cut in the counting centre. We will investigate all of this, we will go to court,” she said.

Despite Mamata’s appeals for peace and directives against holding victory processions beacuse of the second wave of the pandemic, the picture emerging from various parts of the state tell a different story.

In Calcutta’s Beliaghata, a BJP supporter, Abhijit Sarkar,  was allegedly beaten to death by Trinamul supporters.

Party offices of both the BJP and the CPM, which has zero representation in the state Assembly, came under attack. In Kadambagachhi, an Indian Secular Front worker identified as Hasanur Jaman died after being hit by bombs.

In a series of tweets, Bengal governor Jagdeep Dhankhar said nine persons had lost their lives in post-poll political violence and the situation was alarming.

“Perturbed and worried at several reports of violence, arson and killings from various parts of State. Party offices, houses and shops being attacked. Situation alarming,” tweeted the Governor.

He also had a meeting with the heads of Bengal and Calcutta police. Mamata Banerjee will call on the Governor at 7pm where post-poll violence is likely to come up during discussions.

“Such political violence and lawlessness cannot be overlooked as this taints essence of democratic fabric. Call upon people to maintain calm and peace and promote harmony,” Dhankhar also tweeted.

BJP workers and offices came under attack in Balurghat’s Kismatdapat, Nandigram, Pirtala in East Burdwan,  among other places.

“Six of our party workers have been killed in post-result violence. Offices have been ransacked, houses and vehicles attacked. Law and order is the chief minister’s responsibility. If the CM doesn’t take responsibility, who will?” asked Dilip Ghosh, the state BJP chief.

Mamata claimed that her party supporters too were killed in Burdwan and had been attacked in Cooch Behar.

Mamata is likely to take oath as chief minister on Wednesday, while her party MLAs will be sworn-in later in the week. The list of cabinet and state ministers will be decided later by Mamata.