Mohammad Harun has been asking for Rs 5,000 each from a number of girl students who are beneficiaries of Kanyashree-II category: Sources 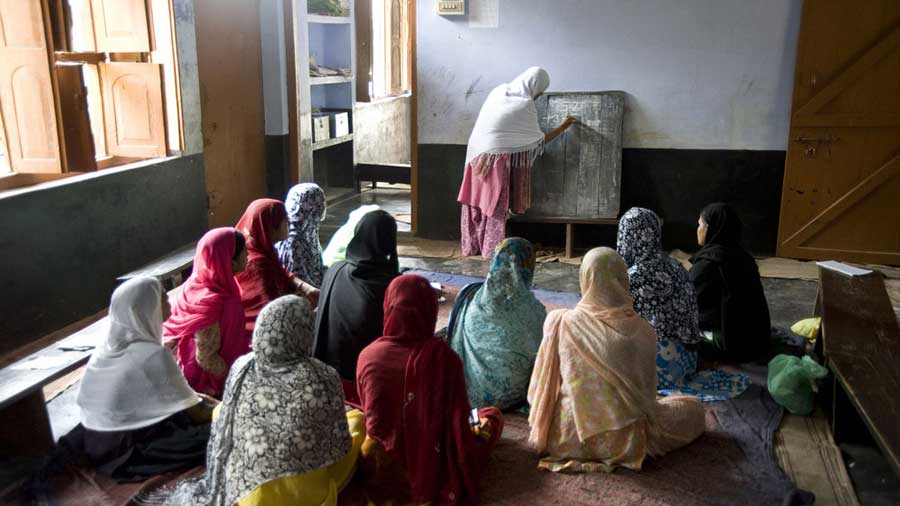 A clerk at a state-aided madrasah in the Chanchal subdivision of Malda has been accused of demanding money from girl students while promising them enrollment in a state-run scholarship scheme launched to encourage girls to continue their education.

A section of students and their guardians filed a complaint with the subdivisional officer of Chanchal and demanded a probe.

According to sources, Mohammad Harun, clerk at Jalalpur high madrasah in Chanchal 2 block, has been asking for Rs 5,000 each from a number of girl students who are beneficiaries of Kanyashree-II category.

The madrasah has around 200 girl students, said the sources.

“He has demanded Rs 5,000 from some girls, including my daughter. He has also mentioned that if the money is not paid, the student concerned would be deprived of the scholarship. We have lodged a complaint with the SDO of Chanchal and want them to look into the issue,” said a guardian.

The guardians have also circulated a video in social media (The Telegraph did not check the authenticity of the clip) where the clerk is allegedly seen seeking money from the girls and assuring them of the scholarship.

According to the scheme, girls who come under Kanyashree-II category are entitled to receive a one time grant of Rs 25,000 for higher studies.

Hossain denied the charges and questioned the authenticity of the video. Harun could not be contacted.

Sabyasachi Roy, the SDO of Chanchal, said he had asked the BDO (of Chanchal 2 block) to conduct a probe and submit a report.