Loba mine pits DVC against state 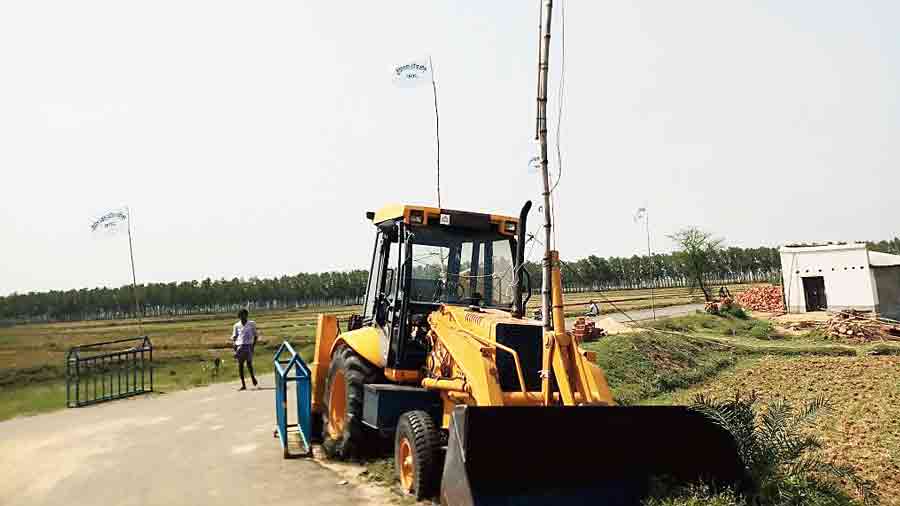 The Damodar Valley Corporation, a central power utility, may have to surrender the coal block allocated to it at Loba in Birbhum as it is likely to miss the August 8 deadline to launch the project. However, a blame game has already begun between the DVC and Nabanna.

The debate began after DVC chairman R.N. Singh wrote to chief secretary H.K. Dwivedi on July 23, seeking his immediate intervention for the state cabinet’s approval for land acquisition and district administration’s nod to the rehabilitation package to allow the power utility to start the coal mine August 8.

“We are yet to receive any response from the state government. We will have no other way but to surrender the coal block to the ministry as the timeline is almost over. The letter was the last of several letters sent to the state government from our end. We hope the state wakes up now for the sake of the project,” said a senior DVC official.

DVC officials said the state’s lack of cooperation contradicts its focus on industrialisation as the proposed Loba coal mine will generate jobs.

“Chief minister Mamata Banerjee announced her government’s current focus is industrialisation. This gets contradicted when we do not get proper response...to start work on a coal mine,” he said.

The Khagra-Joydeb coal mine project, spread over 3,600 acre in Birbhum’s Loba, was sanctioned in the late 2000s but halted over protests for better price of land. In 2012, the project came into the limelight after a clash between land losers and police over higher compensation, prompting Bengal Emta, which had joined hands with the DVC to execute it, to abandon it midway.

In 2015, during fresh allotments of coal blocks by the Union ministry of coal, this block was allotted to the DVC. The DVC completed its land survey and identified plots to set up a rehabilitation colony with help of the state government. Officials said around 80 per cent of groundwork to start the coal mine was done.

Sources said the state government was working on the Loba project till it shifted focus on the Deocha-Pachami coal mine project last year.

DVC officials said they gave their proposed rehabilitation package of Rs 35 lakh per acre and colonies for around 5,000 land losers, among others. But the state government is yet to respond to it. “We can’t proceed till the state approves land acquisition  in the cabinet and the district administration gives its nod to the rehabilitation package,” said a DVC source, adding that surrendering the coal block to the ministry would mean that the DVC will lose an opportunity to reduce dependency on outsourced coal.

A majority of land losers in Loba fear that the return of the coal block would mean the end of the road for them.

Around 1,000 land losers in Loba wrote to Mamata in June seeking her intervention to speed up the project. The same petition, drawn up under the banner of the Loba Krishi Jami Raksha committee, was sent to the Union ministry of coal, requesting it to direct the DVC to start work.

“We request both the DVC and state government to join hands and end the impasse,” said Joydip Majumdar, the secretary of the committee formed in 2009 to demand higher compensation.

Other sources claimed the ground reality was different. A senior official in Birbhum said it was impossible for them to focus on two coal mine projects at the same time.

“It is not possible for us to concentrate on both Loba and Deocha-Pachami simultaneously. The state government is worried about Loba’s history of fierce protest. The fear that any adverse incident in Loba would impact Deocha. We are not ready to take any risk,” said an official in Birbhum.