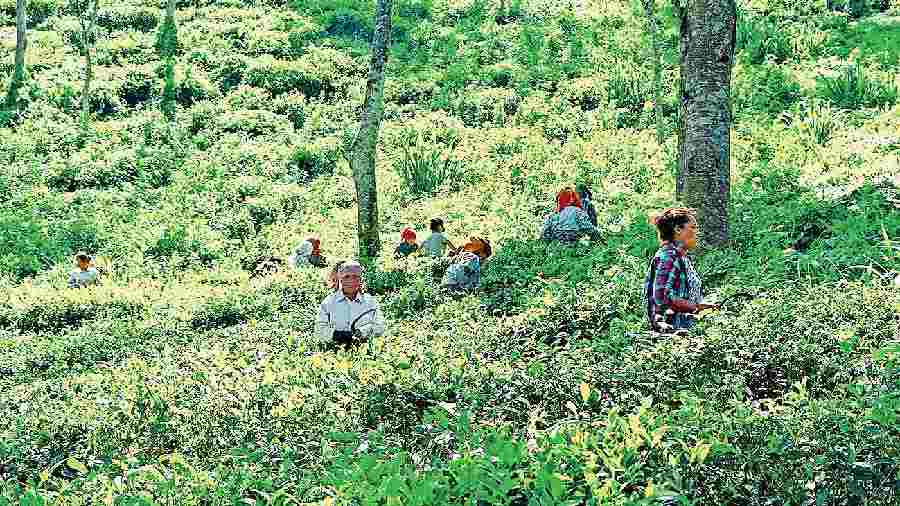 The parliamentary standing committee on commerce has recommended to the Centre that a body of eminent persons be formed to look into denial of land rights to tea garden workers in north Bengal and a legislation be enacted to ensure their land rights.

More than 3 lakh labourers work in nearly 400 tea gardens in north Bengal and none of them has land rights on estates where they have been living for generations.

The 28-member parliamentary standing committee on commerce, which is chaired by V. Vijayasai Reddy, had recently submitted its report to the Rajya Sabha and the Lok Sabha.

Darjeeling BJP MP Raju Bista is a member on the committee.

The report made a strong pitch for granting land rights to tea plantation workers.

“The committee is dismayed to note the plight and deprivation of the tea workers of Darjeeling, Dooars and Terai region for not being conferred ‘parja-patta’ or land rights on their own ancestral lands which they have toiled for generations,” the report states.

Stating that the present system (in tea gardens) is akin to “feudalist set-up” even after seven decades of India’s independence, the panel has made two specific recommendations to the Centre.

“The committee strongly recommends the Government to immediately undertake a detailed scrutiny by a dedicated body of eminent persons on the present status of land rights ….. of tea workers of the region,” read the report.

The committee also asked the Union government to come up with “a specific legislation” on the issue.

“The committee further recommends the Government to make efforts to take correction reform measures to ensure land rights to tea workers. In this direction, a specific legislation needs to be enacted which recognises the rights and ownership of small and marginalized tea workers to their ancestral lands and resources,” the report states.

Upon a labourer’s retirement in a tea plantation, his/her job is handed over to the next of kin. There are families which have been living in tea garden for generations because of this practice. Still, the workers have no rights to the plots they have been living on.

Apart from the land rights, many people in tea gardens are denied permission by the lessees to start home stays.

Recently, chief minister Mamata Banerjee had directed chief secretary H.K. Dwivedi to bring about suitable amendments to laws or policies to allow tea garden workers to set up homestays within the plantations.“I request the chief secretary to amend the rules…. Anit (Thapa) had asked me yesterday if we could allow people staying in tea gardens to start homestays. They can also start some business,” said Mamata.