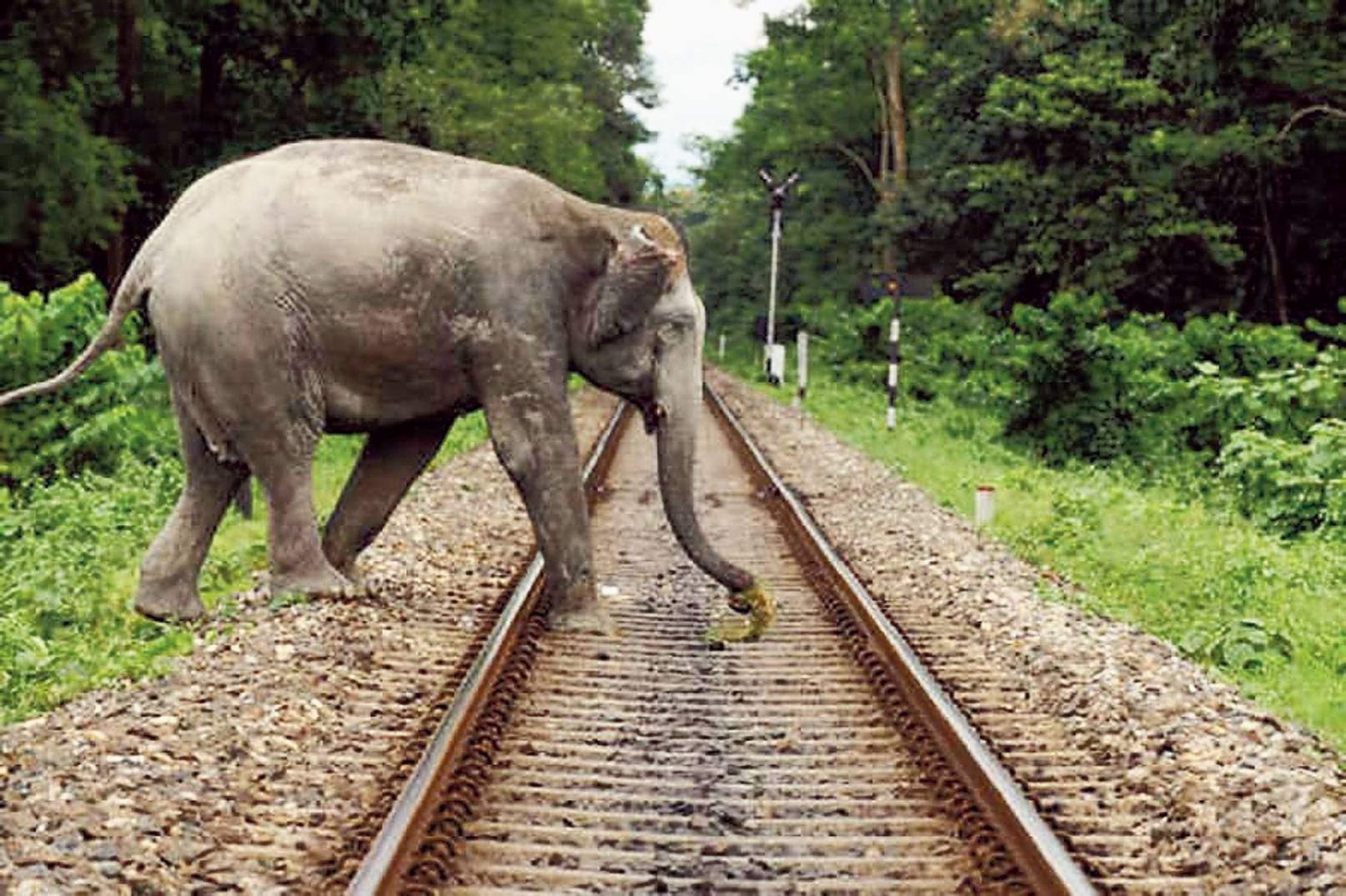 Sensors designed by IIT Delhi to help track the movement of elephants near railway tracks and minimise chances of accidents will be among the talking points of a wildlife conference to be held in north Bengal’s Chalsa on November 16 and 17.

The conference is aimed at finding ways to use technology to prevent the death of wild animals on railway tracks and mitigate man-animal conflicts.

“When fitted to railway tracks, the sensors would track visuals, movement, sound, lights and other parameters before corroborating the inputs and feeding them into an automated algorithm,” said Subrat Kar, professor of electrical engineering at IIT Delhi.

“The algorithm would then decide if an elephant or a herd was near the tracks. A message would be sent to the nearest station master and the driver of trains about to pass through the area,” said Kar, who will explain how the sensors work at the conference.

The conference is being organised by the Indian Institute of Science, Bangalore, and the Bengal forest department. Raman Sukumar, elephant expert and professor at IISc, will be present along with representatives of railways, the Wildlife Institute of India, NGOs and local communities.

The conference will also be attended by representatives of the Ear to the Wild Foundation, which promotes wildlife conservation through technology. The foundation is slated to give a presentation on acoustic sensors that can detect social calls produced by elephants.

In 2013, the ministry of environment and forests had proposed the use of technology after a nudge from the Supreme Court, which was hearing a PIL to curb elephant deaths on tracks and by electrocution. The project began at IIT Delhi after that.

A pilot project to test the sensors is underway at the Rajaji National Park near Dehradun.

The railway tracks between Siliguri and Alipurduar, stretching close to 165km, have seen more than 60 elephants being killed by trains since 2004, said Animesh Bose of the Himalayan Nature and Adventure Foundation.

“The most number of deaths have been caused by freight trains. In the past, deaths have also been reported from non-forested areas such as tea gardens and railway bridges,” Bose said.

The apex court earlier asked the railways to reduce the speed of trains running through elephant corridors. But railway officials have complained that reduction in speed affects punctuality of trains. “It also has a cost implication, which is why we don’t depend on a single indicator that can make a mistake. The idea is to be sure about the presence of elephants before relaying the message to the railways” said Kar of IIT Delhi.

Ravi Kant Sinha, the chief wildlife warden of the state, said the sensors will be have to be field-tested to check their efficiency. “Technology is readily available but the challenge is to calibrate them,” he said. Similar sensors have been designed in the past but have failed the calibration tests, he said.

Sinha said whether the sensors would be installed in north Bengal only if it was suitable to the needs.