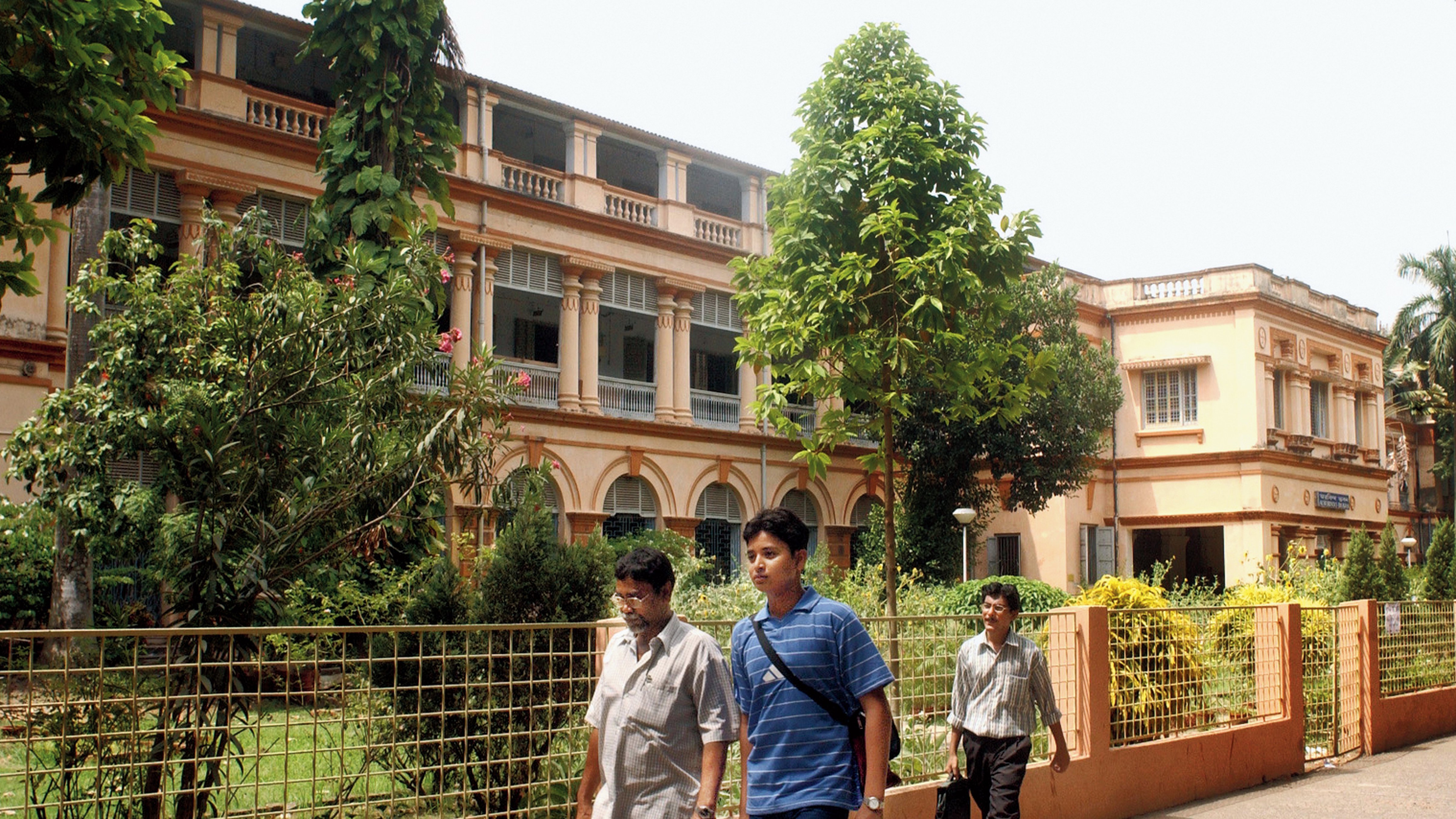 A professor of mechanical engineering said JU should not be coy about a domicile quota given the fact that IIEST Shibpur and NIT Durgapur had reserved 50 per cent of their seats for candidates from Bengal.
The Telegraph file picture
Subhankar Chowdhury   |   Calcutta   |   Published 11.02.19, 08:37 PM

The mechanical engineering department of Jadavpur University has revived the demand for a “domicile policy” for admission to the BE programme within two months of vice-chancellor Suranjan Das nixing such a proposal by the faculty council.

The board of studies of the mechanical engineering department adopted a resolution last week calling for a domicile quota on grounds of students from outside Bengal taking an increasingly larger share of the seats at stake.

Asked whether vice-chancellor Das didn’t have a stronger argument in quality being the mainstay of a university seeking the tag of “institute of eminence”, a professor of mechanical engineering said JU should not be coy about a domicile quota given the fact that IIEST Shibpur and NIT Durgapur had reserved 50 per cent of their seats for candidates from Bengal. “The number of seats at both NIT Durgapur and IIEST Shibpur were slashed after they were upgraded. Even from that perspective, JU needs to fill the void with a domicile policy.”

NIT Durgapur used to be a regional engineering college until 2008. In its previous avatar, IIEST Shibpur was called the Bengal Engineering and Science University. Both institutes now admit students through JEE Main, which is conducted by the CBSE.


The number of seats at both NIT Durgapur and IIEST Shibpur were slashed after they were upgraded. Even from that perspective, JU needs to fill the void with a domicile policy
- A professor of mechanical engineering


The Faculty Council for Engineering and Technology at JU had proposed 85 to 90 per cent reservation for students from Bengal after a meeting on December 18. The proposal was backed by statistics showing that 51 of the 71 general-category seats in civil engineering last year were taken by candidates from outside Bengal. In chemical engineering, the share was 24 out of 57 seats. In construction engineering, it was 17 out of 25 seats. Electrical engineering had a larger Bengal presence with only 25 out of 72 seats going to students from outside.

“Bengal has lost out on more than 75 per cent of seats in civil engineering and a little over 42 per cent in chemical engineering. This marks an all-time high,” a professor said. “It is this ground reality that has led teachers of the mechanical engineering department to support a domicile policy despite knowing that the vice-chancellor has a contrary view.”

The February 7 meeting of the board of studies had been convened after 18 teachers appealed to Gautam Majumdar, head of the department of mechanical engineering, to initiate a discussion on the “issue of formulating a domicile policy for admission”.

“The decision to seek a domicile quota has been forwarded to the faculty council. Let the council and the executive council take a call now,” Majumdar said on Monday.

Vice-chancellor Das said he would cross the bridge when he came to it. “The resolution has not yet been conveyed to me. Besides, only one department has so far adopted a resolution. Let the other departments make a move. Once that stage arrives, we will be in a position to announce our stand. It’s a major policy decision.”

While striking down the previous proposal, Das had said that a domicile quota might scupper JU’s bid to get UGC recognition as an institute of eminence, a tag that carries the promise of Rs 1,000 crore in grants over five years.

JU is No. 7 on a shortlist of eight “public institutions” drawn up by an empowered expert committee. The UGC picked three from the list on July 9 and gave an assurance that the rest “shall be considered at a later stage”.