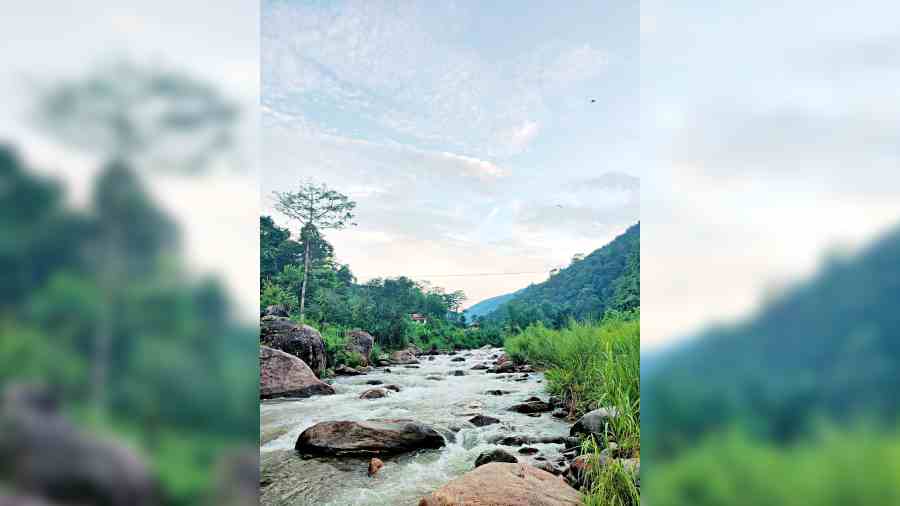 Two hydel projects backed by the Bengal government in Darjeeling’s Bijanbari-Pulbazar have run into public protests, the disapproval coming close on the heels of the devastation in Joshimath, Uttarakhand, where thousands turned homeless due to soil subsidence blamed on ill-planned constructions.

The Teesta basin along Darjeeling and Sikkim hills is dotted with hydel projects such as Teesta Low Dam Project III (132MW), Teesta-IV (160MW), Teesta-V (510MW) and Ranjit (60MW).  Nearly a dozen more are coming up along the basin.

“The construction of these projects has largely remained protest-free in Bengal. This is the first time that local people are coming out in large numbers to protest against the hydel projects in Darjeeling.... The protests can be linked to what we have seen in Uttarakhand’s Joshimath,” said a source in the district administration.

People in Bijanbari have stopped the construction of notches and installation of gauge for recording the discharge of water at rivers Chotta Ranjit and Balawas on two occasions this month.

“The construction of the hydel project will dry up the rivers which would severely affect agriculture, tourism, environment and hurt our religious beliefs. We want the government to stop these projects,” said P. Darnal, the secretary of the Chotta Rangit Abhiyan Samiti, spearheading the campaign against the projects.

Sources said that Bengal’s power department has tasked WBSEDCL with the two projects.

The Balawas project has been envisaged to generate 6MW of electricity and the Chotta Rangit 12MW.

Sources in the WBSEDCL said the power corporation was in the process of preparing a detailed project report.

“A Rs 20 lakh contract had been awarded to an agency for construction of notch and installation of the gauge. However, work below the Bijanbari taxi stand was stopped on two occasions,” said a WBSEDCL source.

The gauge data and soil report would ultimately determine the fate of the two projects in Bijanbari.

But residents are in no mood to relent at the very onset.

“Bijanbari is a valley and hydel projects would have many ramifications. There is fear among people after the Uttarakhand incident,” said Yowan Gurung, joint secretary of the citizen’s movement.

“We have apprised the Bijanbari block development officer of people’s resentment.... We are also looking at meeting the Darjeeling district magistrate soon,” said Darnal.

“We will discuss with all stakeholders to resolve the issue,” Darjeeling DM S. Ponnambalam said, adding he was aware of the situation.