Jayanta Roy, along with two other party functionaries are admitted to the North Bengal Medical College & Hospital; one is said to be critical 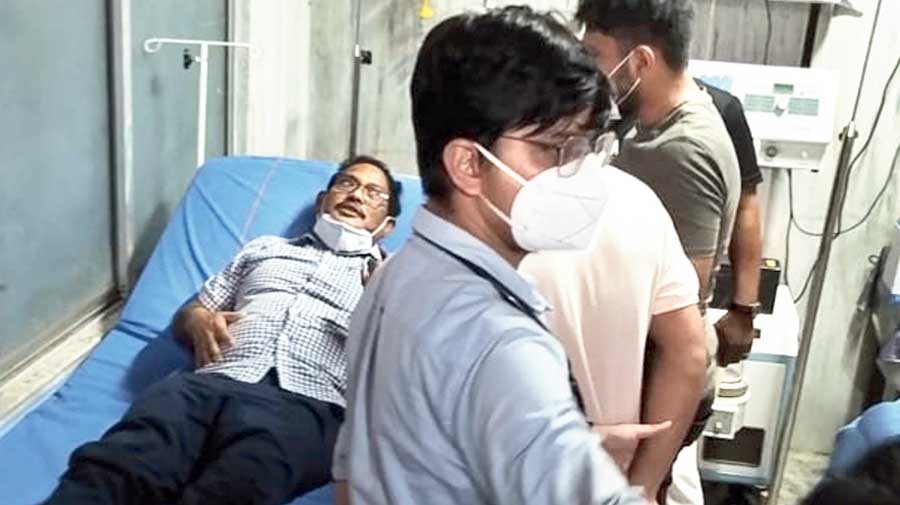 Jayanta Roy, the BJP MP of Jalpaiguri, was attacked in Rajganj block of the district on Friday evening when he was escorting some families of BJP supporters back home.

Roy, along with two other functionaries of the BJP are admitted to the North Bengal Medical College & Hospital (NBMCH), Siliguri. One of the two injured functionaries is reportedly critical.

Speaking from the hospital, the MP accused “around 100-odd Trinamul supporters” of attacking them. District Trinamul leaders of Jalpaiguri have denied the charges and have termed the incident as a fallout of the BJP’s inner rivalry. Police have started an inquiry but no arrests have been made so far.

In north Bengal, this is the first such attack on a BJP MP after the state polls.

Sources said that over the past one-and-a-half months, that is, after the Assembly elections, around 13 members of families from the minority community and BJP supporters, had been staying away from their homes in Bhandarigach village under Binnaguri-II panchayat of Rajganj block.

“They had fled their homes as Trinamul supporters had attacked them. We were in talks with the police and it was decided that in presence of a police team, they would be escorted back to their homes,” said the hospitalised BJP MP.

On Friday, when Roy and some other local BJP leaders were escorting the families, a group of people attacked them.

“There was a police team with us,” Roy said. “As we entered the village, the police team left us and around 100-odd Trinamul supporters attacked us and also the families (being escorted). As I tried to dissuade them, I was also attacked. I have no inkling where the families are now,” the MP added.

“These days, the BJP is not being able to handle their inner differences, and in every case, they are trying to implicate us (Trinamul) in false cases,” said Kalyani.

“A probe has been initiated. We are gathering information from the local residents as to what exactly happened. If required, we will also speak with the MP,” said a senior police officer.