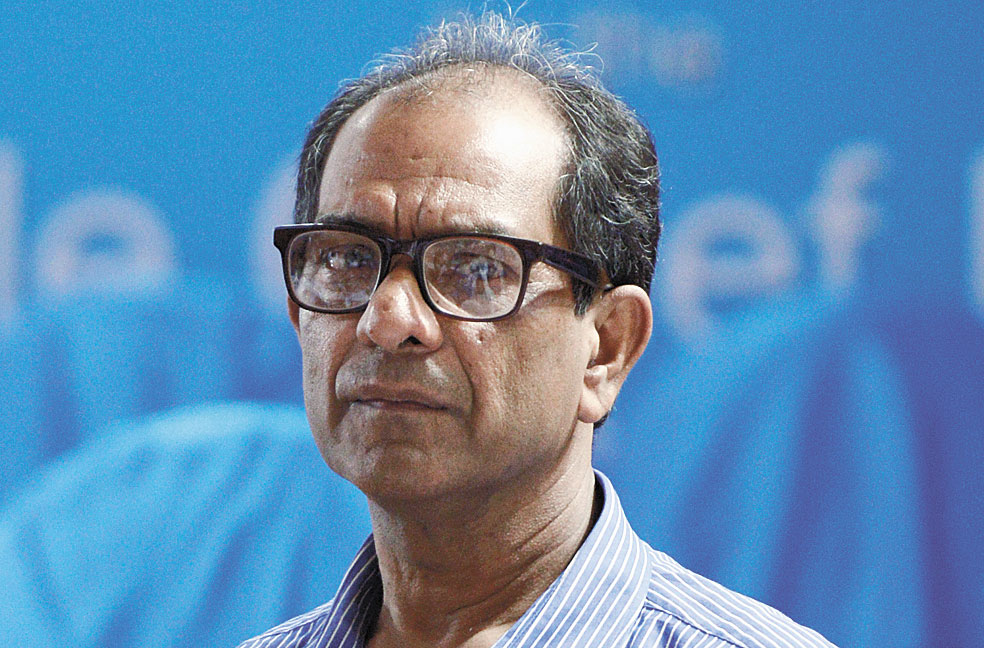 The VC and pro-VC went to AMRI Hospitals Dhakuria from the university, sources said. Hospital officials said the blood pressure of both had shot up.

“Both suffered accelerated hypertension (a sudden onset of hypertension),” said an AMRI official.

They were admitted around 6.40pm under physician R.K. Dutta Roy.

“Das is admitted to the intensive care unit because he has a history of hypertension. The pro-VC is in a cabin. Conditions of both are stable and they are under observation,” said an official of AMRI.

“Both have undergone an ECG test and have been administered intravenous drugs for the palpitation and medicine for high blood pressure,” said the official.

“His stress level increased during the incident at the university on Thursday. So, his blood pressure shot up,” said hospital sources.

In February this year, Das had to be admitted to the Dhakuria hospital after some students had allegedly assaulted him when he intervened in a scuffle between in front of Aurobindo Bhavan, the administrative headquarters of the university.