The group blocked the road in front of the university, leaving hundreds of Jadavpur-bound vehicles stranded for over an hour and a half 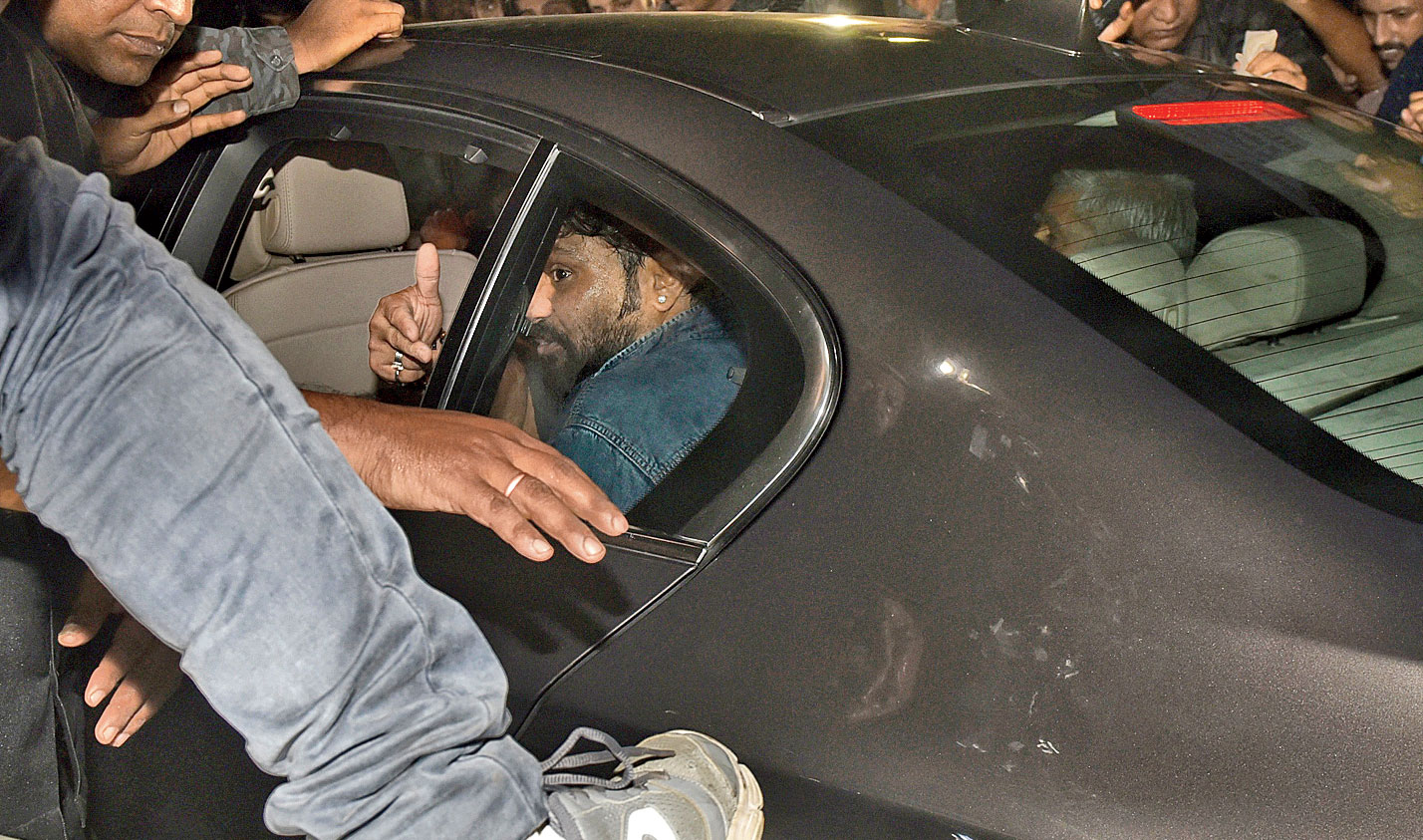 A group of people, lathis in their hands and Jai Shri Ram on their lips, set cycles, tyres and hoardings on fire outside Jadavpur University and ransacked the students’ union office on the campus on Thursday evening.

The group also blocked the road in front of the university, leaving hundreds of Jadavpur-bound vehicles stranded for over an hour and a half on Thursday.

Students of Jadavpur University blocked the way of Union minister Babul Supriyo and allegedly stopped him from entering KP Basu Memorial Hall, the venue of a discussion on “Governance in Post-Independent India” and a freshers’ welcome organised by the ABVP. The students allegedly gheraoed Supriyo and refused to let him go.

Governor Jagdeep Dhankhar — the chancellor of the university — reached the campus in the evening to take Supriyo out.

Soon after, supporters of the ABVP, the RSS student wing, started gathering on Raja SC Mullick Road in front of the university, police said.

The group comprising around 50 men and women had gathered in front of Gate No. 4 of the university and entered the campus. They allegedly ransacked the union room, smashing computers and writing ABVP on the walls.

“They also damaged the ceiling of the room, the fan and windowpanes during the attack that lasted about 10 to 15 minutes,” a police officer said.

The group set fire to cycles, tyres and wooden hoardings on the road in front of Gate No. 4. 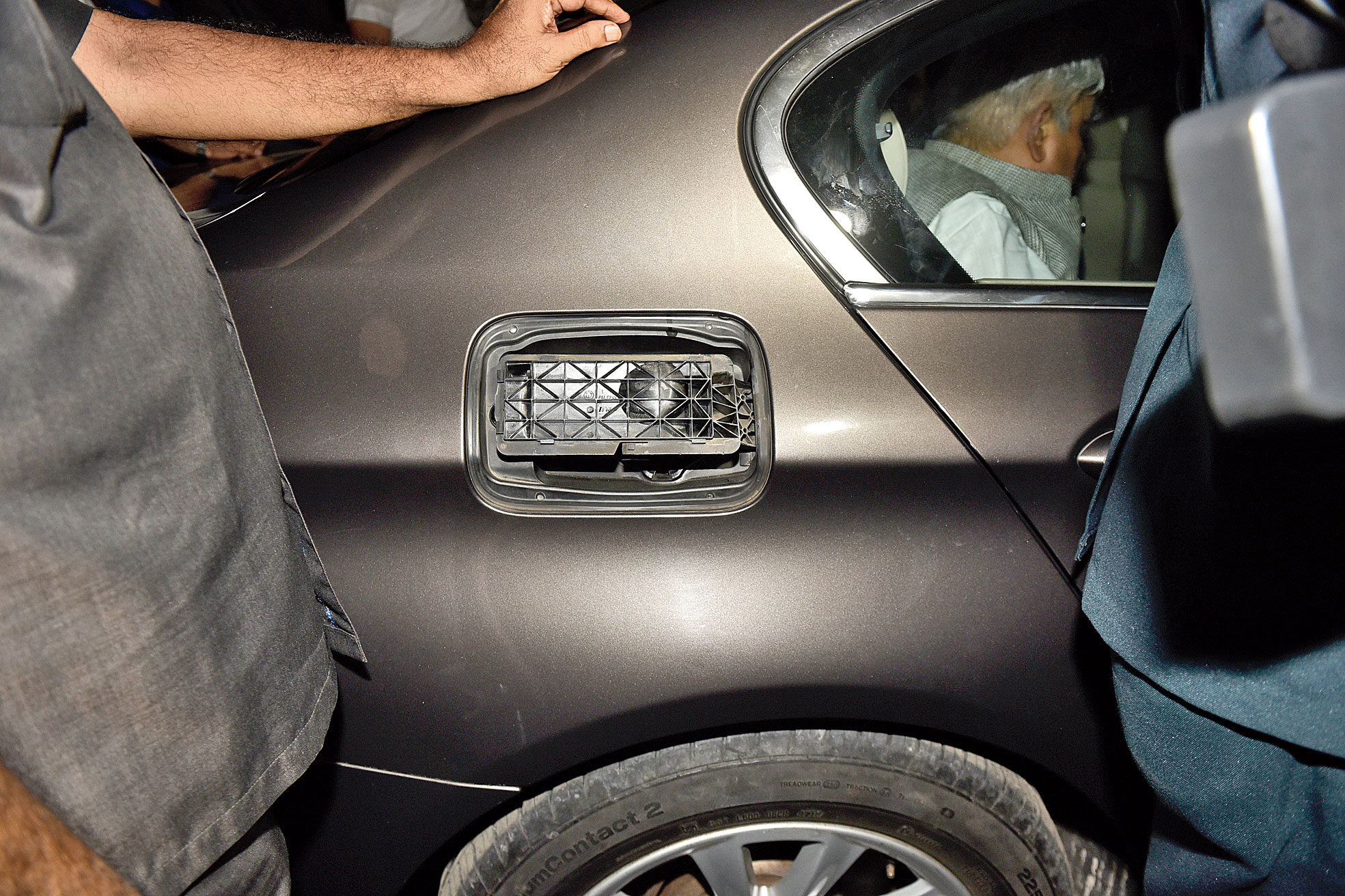 The sight of burning cycles and tyres outside an educational institute revived memories of the arson outside Vidyasagar College on May 14. That day suspected BJP supporters had barged into the campus and smashed a bust of Vidyasagar while a BJP rally led by leader Amit Shah was passing by.

The group outside JU allegedly refused to allow a fire tender to douse the flames initially. Some of them were seen climbing on the tender and chanting Jai Shri Ram.

There were only a few policemen on the campus when the vandalism began. “Usually, we don’t deploy a large number of cops on the campus because we don’t want to interfere in the university’s affairs unless our help is sought. At that time, we had no instructions to interfere,” a senior police officer said. “The mob did not try to reach the area where the governor’s vehicle was gheraoed.”

Deputy commissioner (south suburban) Sudeep Sarkar liaised with the students and tried to convince them to let the governor and the Union minister go.

“Tackling a law and order problem at an educational institute is always sensitive. We went into the campus only after receiving instructions from the top,” a senior officer said.

The students finally agreed to make way for the governor’s car to leave the campus around 8.20pm.

Another contingent of police — comprising personnel from adjoining police stations, rapid action force specialised in tackling law and order situations and a standby force from Lalbazar — arrived to bring the situation under control.

The group outside JU allegedly dispersed on seeing the police force approaching. The fire tender then entered the campus.

“The Left supporters must have done it themselves and are now blaming the ABVP. We also did not put up any blockade outside Gate No. 4. We are not sure who did,” Das said.