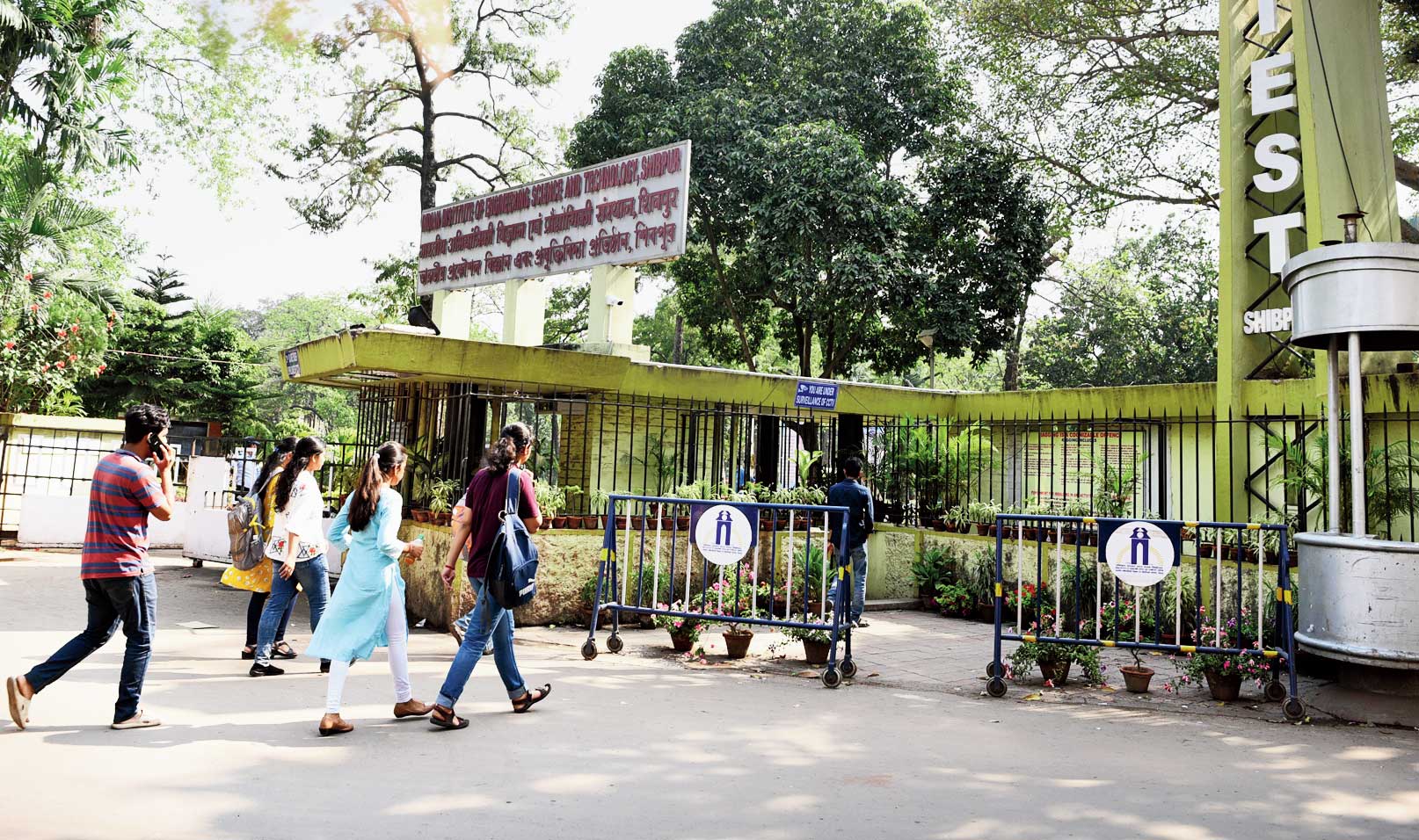 Barricades placed in front of the IIEST gate on Sunday; a newly-installed CCTV camera at the gate.
Picture by Gautam Bose
Subhankar Chowdhury   |   Howrah   |   Published 08.03.20, 07:20 PM

The IIEST authorities have barricaded the institute’s main gate to prevent students from assembling and protesting the amended citizenship act, a section of students alleged on Sunday.

The director of the institute, Parthasararthi Chakrabarti, however, told Metro: “These measures have been taken so that the gate of the institute looks well maintained. You go to institutes outside Bengal, you will find the gates maintained well. This (keeping gates ill-maintained) creates bad impression about the institute. Students are free to exercise their right to dissent outside the campus. But in doing so they should not create any disruptions.”

The institute authorities have put up guard rails in front of the gate through which students and others enter or leave the campus on foot. This gate is beside a bigger one through which people drive in or out.

In January, IIEST students had started a march against the Citizenship Amendment Act and the National Register of Citizens from in front of the smaller gate.

Students have also alleged that more CCTV cameras had been installed at the gate to track whether anyone is trying to organise protests. An official admitted that the number of CCTV cameras at the gate has been increased from one to three.

An IIEST official said director Chakrabarti himself tracked from his room the footage of the CCTV cameras installed at the main gate. “Earlier, he would only watch footage of the corridor outside his office. Now, he tracks footage from the gate cameras as well,” said the official.

Chakrabarti, however, denied that he tracked footage from the gate cameras. “These are baseless allegations,” he said.

A student who had participated in the march on January 9 said the “restrictive” measures were taken a day after the IIEST authorities issued a notice on February 9 stating that the institute would consider any proposal for “students’ activity” on the campus only if it was endorsed by the dean in charge of students’ welfare.

“Now, they don’t want us to protest even outside the main gate. This is a clear attempt to silence dissent,” the student said. On February 8, the authorities had denied some teachers permission to hold a seminar on “Secularism, Science and Democracy”.