Advertisement
Home / West-bengal / When robot ran into The Circle

When robot ran into The Circle 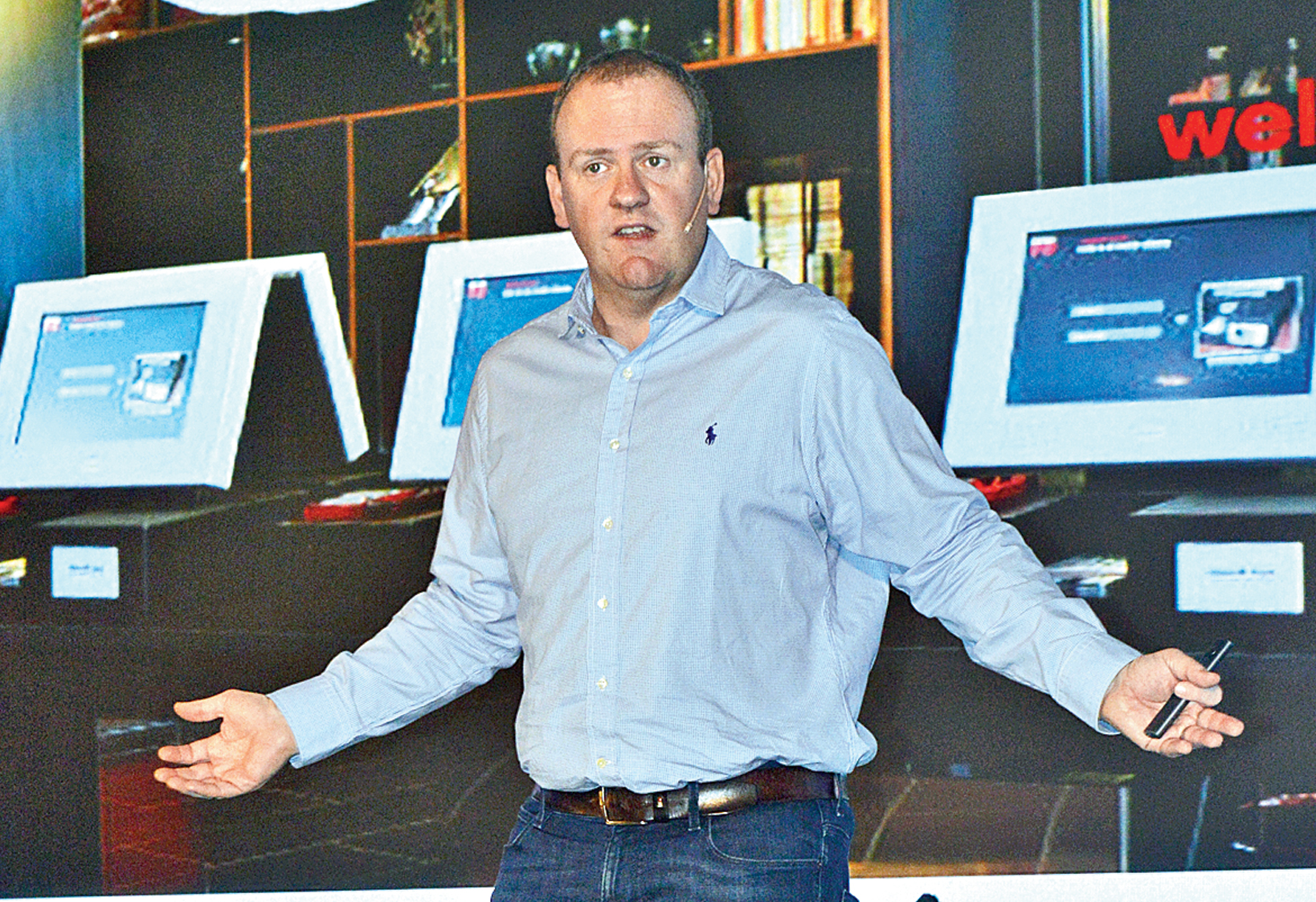 The digital revolution that’s sweeping across the world is great — and will benefit human civilisation in the long run.

Are Man and Machine locked in eternal conflict? And are all the conspiracy theories that pervade sci-fi books and numerous Hollywood movies mere validation of an inescapable truth: that humans need to worry about being overwhelmed by machines that could suck privacy and joy out of their lives?

Two hugely contrasting worldviews about the digital revolution, inspired by an interconnected world of machines, algorithms and cloud-based technologies, were posited at the start of the 17th edition of Infocom 2018, an ABP initiative, at ITC Sonar on Thursday.

Steven van Belleghem, author and digital evangelist-entrepreneur from Belgium, kicked off the proceedings with a rah-rah presentation to buttress the theme for the event — When Digital Becomes Human — and soon had a roomful of participants all gung-ho about the digital revolution that will soon overtake their lives by letting machines do the boring, repetitive chores while they can simply concentrate on being what they are good at: just being human.

Belleghem’s presentation began with a video of a vacuum-cleaning robot disciplining his children at home. After breakfast, as Steven switches on the robot, it makes a “tutu” sound. When his children look askance, he tells them they have precisely 30 seconds to clear up. And that sends them scrambling to pick up their toys.

“The robot has more authority over our children than us,” says Belleghem candidly. Steven’s household has two humans and a robot raising two children, an ideal example of the combined strength of digital and human.

But that is just the sort of happy domestic scene that Bengal’s IT and finance minister Amit Mitra has very deep misgivings about.

Just when anyone with even a smidgen of digital technology knowledge has started to become ecstatic about the mind-boggling opportunities that artificial intelligence (AI) can throw up, Mitra decided to play challenger — and he cloaked his argument with the academic-speak of an economist.

“To me as a student of economics and econometrics, I see pattern recognition. Our mind is not able to cognate such a large volume of patterns. So, one of the interesting things about AI is pattern recognition. From pattern recognition you go to the next step… big data patterns. But where I have a problem is modelling based on data; I am sorry, I don’t agree with it. You can’t ingest data and produce a model,” the minister said.

Mitra believes that the zealots who are plugging the virtues of AI are going about it the wrong way round.

“We in the world of economics first create a theoretical framework, which then leads to a hypothesis. We don’t prove a hypothesis, we try to falsify (it). Now, we are hearing that by churning data, you can produce a model. I would like to challenge that. It’s the reverse of what the positivistic process is about. Can you produce a model out of patterns? You can draw conclusions from patterns, begin to see certain patterns, but hypothesis-building is a different game altogether,” said Mitra who earned his doctorate in economics from Duke University in the US.

Belleghem, who also studied applied economics at the University of Ghent before specialising in marketing at UC Berkeley, has an infectious delight about all things digital.

The marketing guru further elucidates how a digital and human interface makes for excellent customer service by positing the case of Citizen M, a budget hotel in Europe and the US.

“It has the smallest hotel rooms in the world and it has a fully automated system at the reception,” said Belleghem. “There is no one to welcome you. What happens at the reception counter of most hotels is that they make you fill in a piece of paper and then input all that into the computer, which is kind of sad because you have already given the inputs while making reservations. So, Citizen M doesn’t invest in humans for check-ins,” he added.

But the most important part of the hotel is the bar, the liveliest place with good food, good drinks, and good music. “And it is here that you find the best bartenders and waiters. Citizen M believes in having human interface at the bar rather than the reception,” the customer guru said.

Magic bands at the Disneyworld in Florida make people spend 30 per cent more, he pointed out and must count as another successful digital-human interface.

“What 2007 was for mobiles, 2017 is for Artificial Intelligence. From mobile first, we have come to AI first,” said Belleghem. “The bar of customer expectation has risen.” and there is an end of the unique selling point (USP), this is a paradox of complexity.”

The scarcest resource today is time, says the author, and the most successful company today will be the one that is focused on creating the ultimate convenience.

But Mitra will have none of that hunky-dory talk about AI, which he believes can be villainous and deployed in all kinds of sinister ways if humans aren’t careful about the way they harness digital technologies.

He said that even Elon Musk — the billionaire entrepreneur who has been pushing the boundaries of human achievement by flirting with ideas of electric cars and space expeditions to Mars — believes that with AI, we are “summoning the demon”.

He also referred to Musk’s concern about AI being potentially more dangerous than nuclear weapons.

Mitra referred to the Hollywood movie The Circle, which talks about a powerful technology and social media company engaging in an experiment that pushes the boundaries of privacy, ethics and personal freedoms.

Then he went on to try and bust a myth about digital technologies and their impact on livelihoods. Several speakers had highlighted statistics from the World Economic Forum to show that digital technologies could see the loss of 75 million jobs by 2020. But the good news, they said, was that 133 million jobs would be created. Sadly, these might not be in the geographies where people had been pink-slipped.

Politicians all over the world worry about job losses -– and Mitra and Bangladesh IT minister Mustafa Jabbar were no different. While Jabbar spoke about the fear of job losses and the resultant unrest in Bangladesh that driverless cars could bring about, Mitra felt that politicians needed to act with maturity while embracing digital technologies.

“We must have the maturity as a civilisation, as a nation, as a state, and as a government to differentiate between what will not destabilise society beyond (our) capacity to repair (it) and what will give you immediate results. Will the world, humanity, have the maturity to deal with a technology that it has never seen before?” Mitra asked.

Mitra left his audience with a disturbing thought that he felt they might want to grapple with during the three days of deliberations at Infocom 2018.

“My problem is that the robot will start to understand human thought and the emotions affecting human behaviour. How would you like that? One interesting outcome is that it will understand when you plan to pull the plug on it. What do you think the computer will do? If you believe in machine learning, what will the robot do? It will pull the plug on the guy before he can pull the plug on you. It’s a dangerous world.”

That stark image rekindles the scene from Stanley Kubrick’s film 2001: A Space Odyssey, in which a renegade computer Hal turns against the human astronauts on a voyage to Jupiter, turning off the life-support functions of the crew when he realises they intend to deactivate him.

Mitra or Steven van Belleghem: the delegates at Infocom 2018 have three days of deliberations to make their choice on the kind of digital world they wish to inhabit.