Faridul Islam Mia worked for a Delhi businessman, who was killed, and Mia was arrested on murder charge 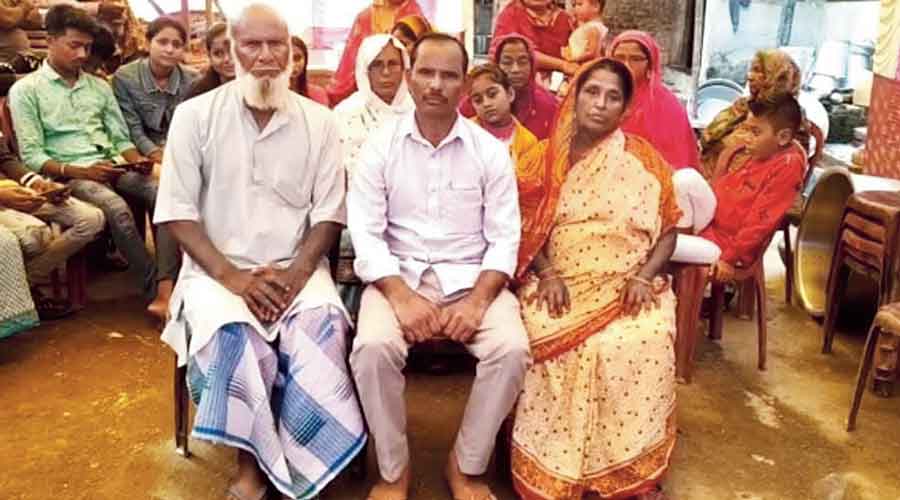 Faridul Islam Mia, 47, returned home to Alipurduar after 25 years carrying a bagful of memories which seems surreal and straight out of a reel life.

Faridul said that in the past 25 years, he was arrested twice on false charges of murdering a businessman and for being a Pakistani citizen; lost his memory and finally regained it only recently helping him trace his roots.

According to a family source, Faridul , a resident of Chengmaritari village under Falakata block of Alipurduar district had left for Delhi 25 years ago in search of a job.

“He started working for a businessman in Gokulpuri but after a couple of years, the businessman was killed. Faridul, was arrested on murder charges and was lodged in a correctional home for 10 months. He started suffering from depression,” a family member said.

Faridul’s friend then arranged a marriage for him with a girl from Panipat. Stability, however, eluded Faridul’s life.

“A few years later, I was once again arrested as somebody complained that I was a Pakistani national,” said Faridul.

The Alipurduar resident said that he could not prove his Indian identity as the voter identity card was his businessman who was murdered.

Faridul was in Tihar jail for five months. “Suddenly, an advocate decided to take up my case without charging a penny,” he added.

The stint at the correctional home took a toll on Faridul’s health.

“Faridul became a father of a son and a daughter and returned to his family at Panipat but he suddenly forgot everything and was under constant treatment,” said a family source.

“His son immediately googled the school and showed the picture of the institution to his father. Surprisingly on watching the picture Faridul remembered everything,” said a family source.

Pahirduddin Mia, father of Faridul was in tears. “I could not believe that Faridul had returned as I was certain I would not see him in my lifetime. I would always think what might have happened to him that he could not even contact us all these years.”

“I will never leave this place now. I hope no one has to go through such an ordeal,” said Faridul.