On August 20, 1992, Nepali/Gorkha was recognised in the Eighth Schedule of the Indian Constitution 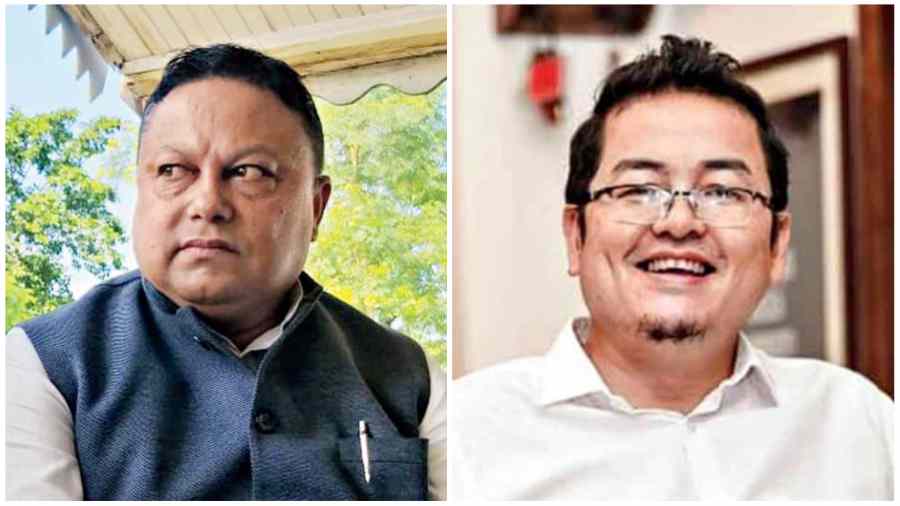 The Gorkhaland Territorial Administration (GTA) and Darjeeling municipality, led by rivals BGPM and Hamro Party, respectively, have decided to set aside their differences and celebrate Bhasha Diwas together on August 20.

Last week, they announced plans of separate events in Darjeeling, putting Nepali literary luminaries in a fix. But now, BGPM president Anit Thapa and Hamro Party chief Ajoy Edwards have put up a united front for the special day.

The chief executive of the GTA and president of the BGPM said that he had a word with Ajoy Edwards, the president of the Hamro Party, three days back, following which a decision to have a common celebration was arrived at.

“The language movement was successful and it got due recognition because it was not politicised.… I could sense politics was coming to play in this celebration. Both the parties have realised. We have now decided to come on a common platform,” said Thapa.

On August 20, 1992, Nepali/Gorkha was recognised in the Eighth Schedule of the Indian Constitution. The movement for inclusion had started from the early 1950s.

Edwards, too, admitted that they had decided to mark the day jointly.

“We have our own political ideologies, differences but when it comes to issues concerning our community we have to unite,” said Edwards. His party colleague Ritesh Portel, the chairman of Darjeeling municipality, also confirmed the development.

The celebration will be spearheaded by the Nepali language development and research centre which is under the Nepali Academy.

Apart from the language centre, other prominent community-based apolitical organisations like the Gorkha Dukha Niwarak Sammelan (GDNS) and Bharatiya Gorkha Parisangh will also be part of the event.

“We will extend all possible support to the organisers,” said Thapa.

Harish Mukhia, a pioneering planter from Darjeeling, breathed his last on Tuesday. He was 89.

Mukhia not only served in the Darjeeling tea industry but also helped set up new plantations in Arunachal Pradesh (East Siang district) and in Senapati and Ukhrul districts of Manipur in a career spreading over five decades, apart from spearheading various environment protection initiatives.

Mukhia is considered a pioneer of organic small tea grower projects in Darjeeling when he started the project at Mineral Springs in 1997. The tea planter also presented papers on Darjeeling tea at various international forums.

Family sources said that the funeral of Mukhia, who was also a well-known footballer, will be held at 10 am on Thursday.