Till a few years ago, Bangladesh would import around one-third of three lakh metric tons of mangoes produced in Malda 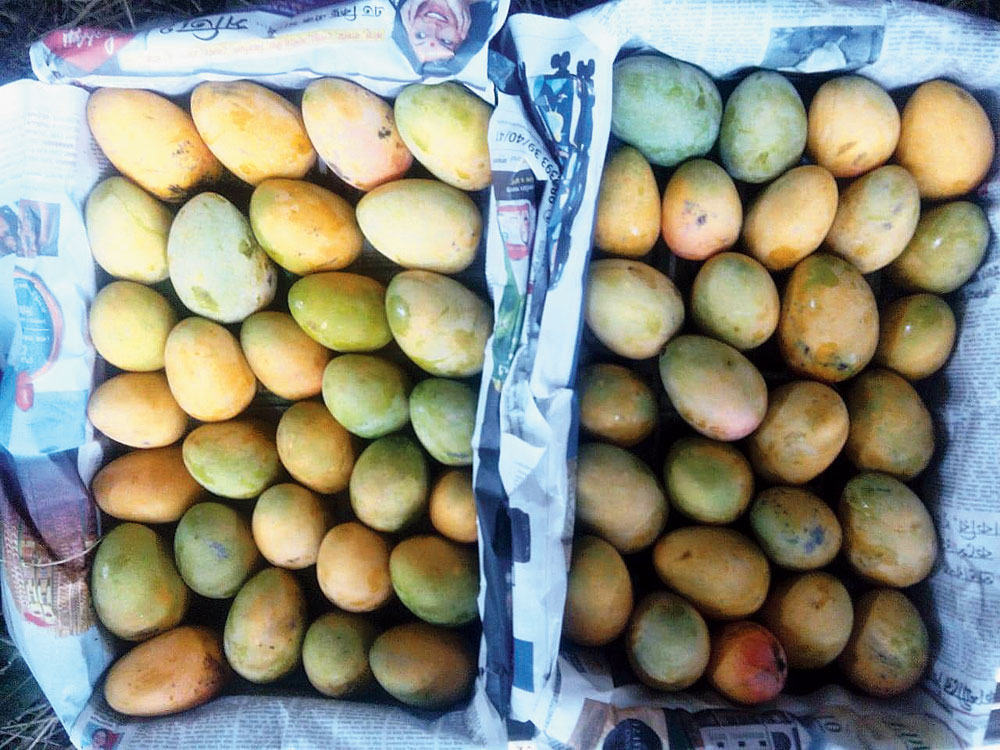 The export of mangoes from Malda to Bangladesh has continued to decline with the rising import duty on the fruit by the neighbouring country, coupled with increase in the area of the crop’s cultivation there.

Till a few years ago, Bangladesh would import around one-third of three lakh metric tons of mangoes produced in Malda. This year’s production is projected to be around 3.5 lakh metric tons.

“Around 70 per cent of total mangoes harvested in Malda used to be exported to Bangladesh till 2009. It has gradually declined since then,” said Rahul Chakraborty, an assistant director of the horticulture & food processing department in Malda.

He said a sharp rise in the import duty severely affected the export.

“In 2009, the import duty per kilo was seven Bangladeshi Taka. It has gradually increased to 35 Bangladeshi Taka per kilo. There has been slackening in the export for the past four-five years and it is tough for the mango producers here to find an importer in Bangladesh in the current season,” said the official.

He also pointed out that Bangladesh had started mango cultivation in some districts and that also contributed to the fall in the import from Malda.

“Farmers in Bangladesh are concentrating on mango production in some districts adjacent to Malda. The soil there is suitable for mango cultivation. But even then, there is always a scope for mango export to the neighbouring country as the demand of mango is huge there. It is the import duty that is the principal deterrent here,” said Chakraborty.

Mango farmers and traders in the district have asked the Malda Merchant Chamber of Commerce to approach the Union ministry of food processing & horticulture for steps to increase the export to Bangladesh.

According to the exporters, varieties like Alfanso and Totapuri, which are produced in other states, are being sent to different countries on a regular basis. “But mangoes produced in Malda are not exported on a major scale. We were mostly dependant on Bangladesh. But now, it seems we have to bank on the domestic market or will have to scout for importers in other countries,” said an exporter.

In Malda, around 4.75 lakh people are directly or indirectly dependent on mango production.

Asked about the issue, the importers in Bangladesh said along with the high duty, another reason for the fall in the import was the rampant use of ripening agents by the Malda mango farmers.

“It is true that most of us cannot bear the cost after the rise in the duty. But even if we plan to import some quantity, what bothers us is the use of chemicals on the fruits. This is a practice that has to be stopped in Malda,” said an importer in Bangladesh.

Officials of the horticulture department said regular use of chemicals on trees and ripening agents reduced the yield and the quality of the fruit. “If the farmers want to send their produce to other countries, they will have to ensure that no chemical is used. We hold awareness drives regularly and still, some farmers use such chemicals,” said the assistant director.