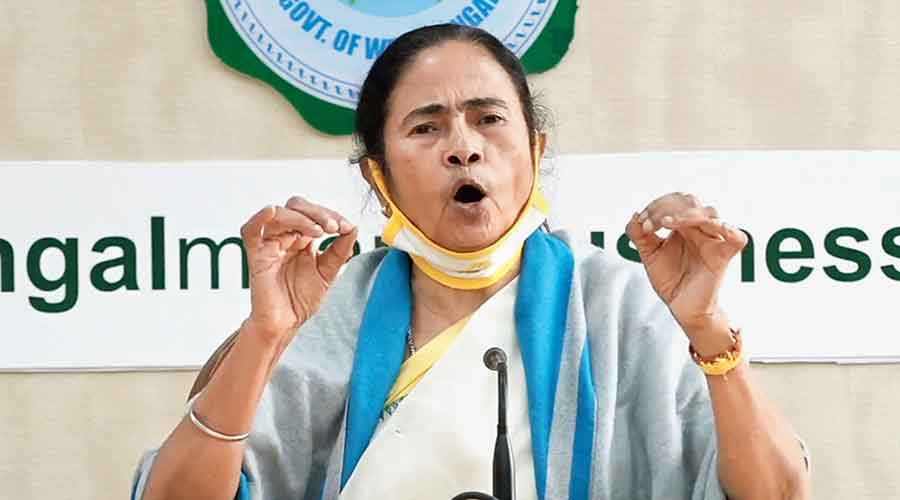 Bengal Chief Minister Mamata Banerjee on Thursday took a dig at Governor Jagdeep Dhankhar's New Delhi visit as she said a "child can be cajoled into silence" but not an elderly man, noting that she has thrice written to Prime Minister Narendra Modi to withdraw him from the state.

Calling the governor a "Centre's man", Banerjee refrained from commenting much on his meeting with President Ram Nath Kovind and several other union ministers in Delhi.

"What can I say? A child can be cajoled into silence.

In this case, speech is silver; silence is golden," she said.

Asked about media reports suggesting that the governor might be removed, Banerjee said she is not aware of any such development.

"How do I know? When a governor is appointed, the state government is consulted. That, however, was not done in this case... I have written twice or thrice to the Prime Minister seeking his withdrawal from the state," she said.

Dhankhar, who has shared a strained relationship with the TMC government since taking charge as the governor of the state in 2019, is in the national capital on a four-day trip.

He has not specified any reason for the visit.

He also held a meeting with President Ram Nath Kovind at Rashtrapati Bhavan earlier in the day. Dhankhar is scheduled to meet Home Minister Amit Shah later in the day.

The chief minister, when enquired if Raj Bhavan appointing several 'officers on special duty' has mounted pressure on the state exchequer, maintained that she wouldn't have the details offhand.

The ruling TMC in Bengal on Wednesday accused Governor Jagdeep Dhankhar of violating constitutional norms and requested him not to return to the state.

Left Front chairman in the state and CPI(M) leader, Biman Bose, slammed the governor for allegedly acting like a BJP mouthpiece and condemned his "partisan" role.

State BJP president Dilip Ghosh, however, stated that the TMC has "no respect for the Constitution".

"The governor is doing the right thing, and that is why the TMC dispensation does not like it. The Centre appoints him, and it is obvious that he has to report various developments to the Union government," Ghosh asserted.