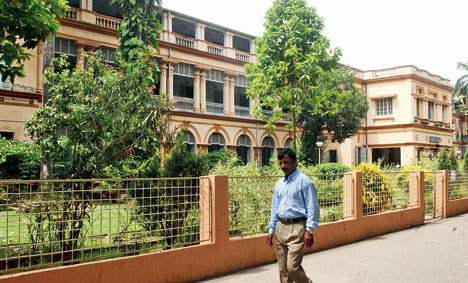 A former research scholar at Jadavpur University has accused a professor who had been her guide of “body shaming” her and making “sexually coloured remarks” that caused “trauma that I could not take anymore”.

The woman resigned from her research assistantship around a month before writing a complaint to vice-chancellor Suranjan Das, in which she mentioned recorded telephonic conversations and video calls as evidence of what the professor had allegedly subjected her to.

An internal complaints committee constituted to look into the allegations of sexual harassment met on Monday to discuss the case.

The accused continues to teach at the university, sources said.

“The trauma that I suffered from August left me with little option (but to lodge a complaint after resigning). The accused continues to come to the campus as if nothing has happened. I could not take this anymore,” the woman said.

She had joined that particular department as a research assistant in December 2017. Her alleged harassment at the hands of the professor started this August.

The woman has alleged that her guide would make video calls to her during a trip abroad and make remarks about how she looked in her online display picture.

According to university official, the complainant had specifically accused the teacher of improper touch. “He is also accused of body shaming and making sexually coloured remarks during calls made late in the night,” the official said.

The research scholar has alleged that the professor had insisted on her sharing a room with him during a conference in Europe that the two were to attend in December. This was despite her telling him that she would be uncomfortable sharing a room, she said.

The research scholar wrote in her letter to the vice-chancellor: “Careful about my privacy and comfort, I tried protesting, but failed each time.”

She said the professor repeated the “proposal” while discussing an invitation to attend another conference in a hill town within the country.

“I only pray that a severe step be taken against the guide who has discouraged and decelerated dreams of a student like me…. I appeal to you in this regard to kindly take a rigid step against the possibility of such torturous event in the future that could destroy a research career,” the letter states.

The woman resigned on September 30 but it wasn’t until late October that she “gathered the courage” to lodge a complaint.

Vice-chancellor Das said: “The matter was referred to the ICC as soon as the complaint was received. The committee has to submit its report within 90 days of receiving the allegations.”

On whether the committee had recorded her version, the woman said: “The proceedings have begun.”

In 2012, Jadavpur University’s Salt Lake campus was rocked by a complaint filed by a student against her physics teacher, accusing him of molesting her in a laboratory. The probe committee filed an “inconclusive” report.