Hand stuck in Metro and dragged to death 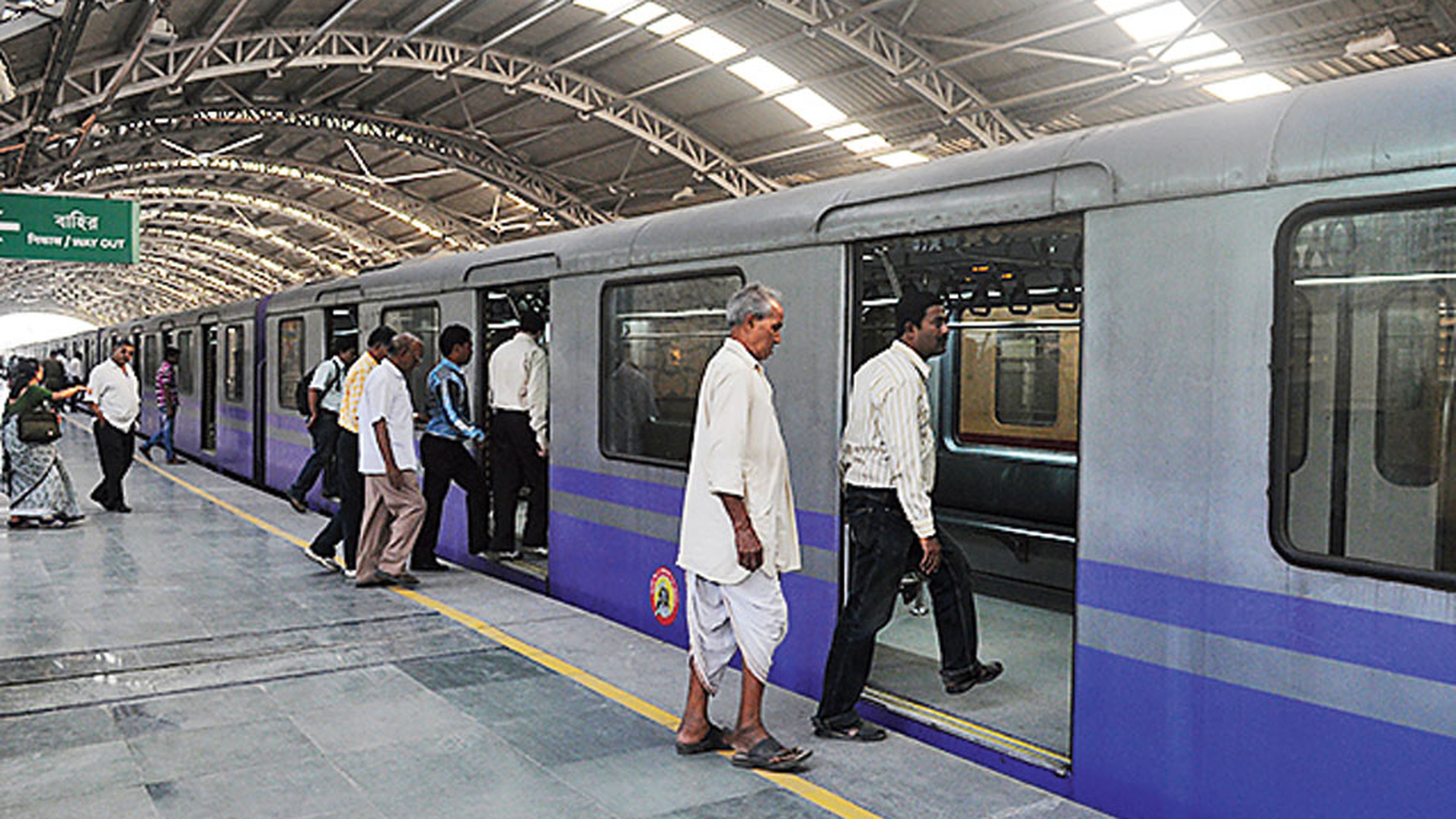 The closing doors of a Metro train trapped a passenger’s hand as he was trying to get in, dragging the rest of him along the platform to his death and throwing the body into the tunnel.

It’s not clear whether Sajal Kumar Kanjilal, 66, had slammed against the wall at the end of the platform at the Park Street station or some structure inside the tunnel.

The train came to a halt with four of the eight coaches still to leave the platform and the driver’s cabin about 60 metres inside the tunnel, implying someone among the driver, guard or station authorities had realised something was wrong.

Passengers inside the third coach from the front, which Kanjilal had tried to board, said they had tried to alert the driver through the emergency talkback unit and contact the authorities through the helpline number 182, but neither effort succeeded in time to save him.

A spokesperson said the 6.40pm tragedy was the first death in this manner the Metro had witnessed.

An eyewitness said Kanjilal was rushing to catch the train and had barely got his right hand in when the doors closed.

“His right fist, in which he was clutching the token, was inside the compartment and the rest of him outside as the train began moving. We started screaming, asking him to pull his hand out, but he could not,” said Janardan Ghosh, 64, from Harinavi who was in the compartment.

“He began running with the train, trying to keep pace. As the train entered the tunnel, the token dropped on the floor and he fell outside, into the tunnel.”

CCTV footage shows several people on the platform had begun running beside the train when they saw Kanjilal being dragged. The exact cause of the death will be known after the post-mortem.

Several passengers asked how the train could have started moving when the door hadn’t closed properly — technically even a 15mm gap, far narrower than the width of a human wrist, should prevent the train starting.

Sajal Kumar Kanjilal, when he was found in the Metro tunnel
(Screengrab)

Many complained that the talkback unit did not work and the helpline could not be easily reached.

A passenger said the south-bound train stopped seconds after the accident and power was switched off, probably to avert electrocution if Kanjilal was still alive. There was no movement or announcement for about 10 minutes, spreading panic inside the coaches which, with the AC off, became suffocating.

Some of the passengers in the other coaches, unaware of the tragedy, feared a repeat of last December’s fire that had halted a train inside the tunnel, requiring 40-odd passengers to be taken to hospital, five with fractures suffered while breaking the windows and jumping off.

Chandreyee Ghatak, who was in the first compartment on Saturday, said many complained of suffocation in the packed coach and there was a burning smell too.

“A panicky hubbub broke out. Some shouted we should break the windowpanes. Some felt sick,” she said.

“After about 10 minutes, we were told to walk to the rear of the train. Close to the last compartment, a door had been opened so we could get off onto the platform.”

Metro spokesperson Indrani Banerjee said a three-member inquiry committee had been formed and would look at the CCTV footage.

Sources said police might start a case after the post-mortem. Mayor Firhad Hakim, who visited the station, said the state government would have a thorough investigation “whether or not there was negligence”.

Metro services were stopped from Girish Park to Tollygunge between 6.40pm and 7.30pm.