A sum of Rs 1,312.88 crore would be spent for the new infrastructure, said sources 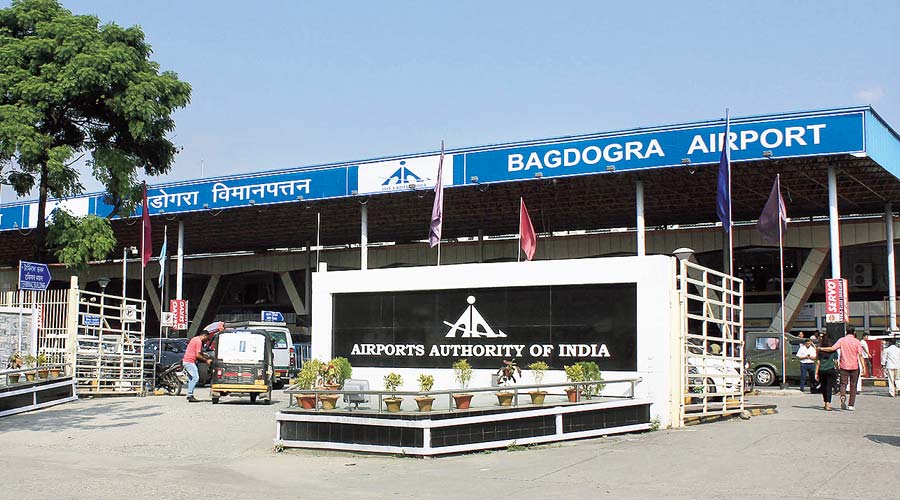 The Airports Authority of India (AAI) will conduct an environment impact assessment (EIA) of the new terminal building and ancillary infrastructure that will come up at Bagdogra airport, the second major airport of Bengal after Calcutta.

“It is necessary to carry out an EIA before the project is initiated. It would help in assessing certain environment issues associated with operation of the airport which include land utilisation, waste disposal, noise pollution, emission of greenhouse gasses, etc. In the EIA, solutions are also provided to address these issues which include adoption of new processes and use of technology to reduce impact on the environment,” said an expert.

According to AAI sources, tenders have been floated for consultancy firms so that the EIA can be carried out at the site, where there is a plan to build a terminal building, along with parking bays, link taxiways, fire station, apron control tower, security cabins, watchtowers, navigation aids building, car parking space, residential accommodation for AAI and CISF personnel, guest rooms and retiring rooms and a number of other facilities.

On March 16 this year, the Bengal government handed over around 100 acres for expansion of the airport as its existing infrastructure was proving inadequate to handle the number of fliers who move through Bagdogra.

The Union civil aviation ministry, which has been waiting for the land, took no time and issued tenders for preparing a master plan for the airport last month. A sum of Rs 1,312.88 crore would be spent for the new infrastructure, said sources.

“Now, the AAI has planned to carry out the EIA. It is evident that the Centre is keen to initiate the expansion work without any further delay,” said a source at the airport.

Usually, 55 to 60 daily flight movements are recorded at the airport while 7,000 to 9,000 passengers use Bagdogra every day.