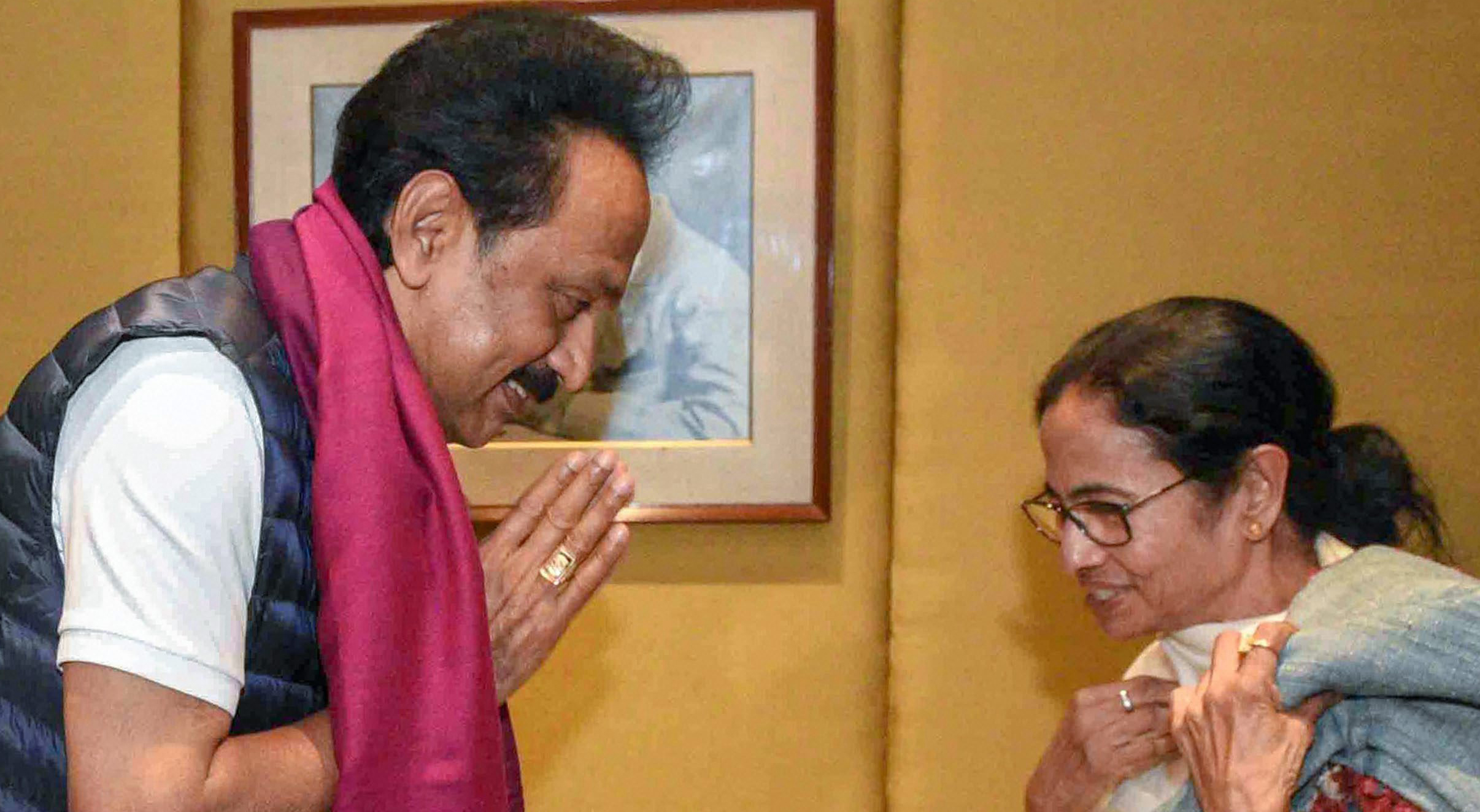 Mamata Banerjee on Friday went from one star hotel to another here to check on political heavyweights who started arriving from across the country for her “United India” rally on Saturday as the spotlight of national politics swivelled to Calcutta.

Senior Trinamul MPs and ministers, led by Derek O’Brien and Dinesh Trivedi, had a busy day at the airport receiving leaders. The guests extolled Mamata’s leadership and highlighted their shared objective about the “need” to oust the Narendra Modi-led BJP from the Centre. “Mamata is a great leader. She is hard working,” said former Prime Minister and JDS patriarch H.D. Deve Gowda.

Samajwadi Party chief Akhilesh Yadav said the message from Bengal resonating across the country was the need for change. NCP chief Sharad Pawar lauded Mamata for taking the “initiative to bring all parties together”.

Mamata met Gowda and Pawar in their hotels. “They are our guests. I came to welcome them,” she said after calling on Pawar. Later, the Trinamul chief went to the Brigade Parade Grounds for a final review of the preparations.

With supporters pouring into Calcutta since Wednesday, Trinamul leaders were confident the crowd target of over 40 lakh would be surpassed. “She (Mamata) wanted the biggest and the best Brigade rally. We have made sure she will not be disappointed,” said a Trinamul MP.