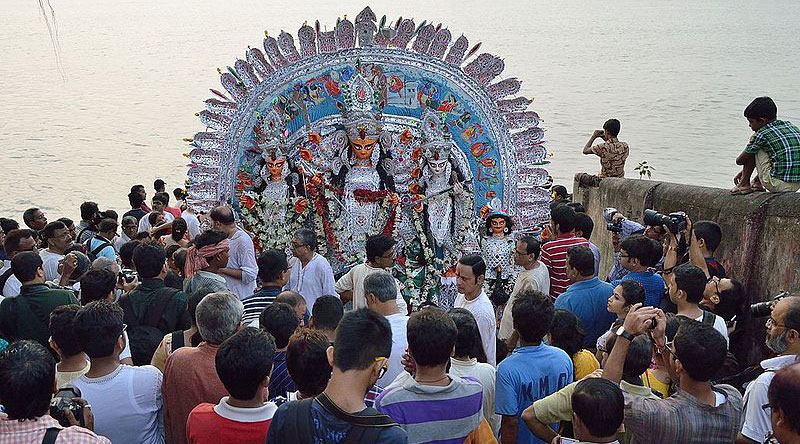 The government has reasons to be worried as positive cases have started rising alarmingly in Calcutta and North 24-Parganas, and to a lesser extent in South 24-Parganas in the past few days.
File picture
Pranesh Sarkar   |   Calcutta   |   Published 24.10.21, 12:35 AM

The Bengal government has decided to emphasise on setting up containment zones again as Covid-19 cases have shown a spurt in some districts after Durga Puja.

Chief secretary H.K. Dwivedi on Saturday held a videoconference with district magistrates and Calcutta Municipal Corporation officials where he stressed on containment zones to prevent rapid spread of the Covid-19 virus.

“The chief secretary told us we have to go back to basics, identify areas from where positive cases are being reported and set up containment zones to prevent the spread of the virus,” said a district magistrate who attended the meeting.

The chief secretary also asked authorities to ensure people wore masks while going out. He instructed districts to carry out vaccinations properly and keep all Covid-19 hospitals ready for patients.

The government has reasons to be worried as positive cases have started rising alarmingly in Calcutta and North 24-Parganas, and to a lesser extent in South 24-Parganas in the past few days.

Calcutta and North 24-Parganas have been reporting over 100 new cases daily for a while. “The cause of concern is that infection figures were 145 for Calcutta and 109 for North 24-Parganas on October 11 (Sashthi). It is clear that the uncontrolled rush to puja pandals left a serious impact on Covid-19 graph in these three districts. If strict measures are not initiated immediately, the situation could spiral out of control,” said a health department official.

Some officials said many currently Covid positive persons are asymptomatic and asserted that only an increase in daily tests would reveal the real picture on the ground.

“We may not get the true picture of infections at this moment as fewer number of people are coming up for tests (less than 50,000 a day). Once the number of tests touch 65,000, we may get a true picture of the ground reality,” said an official.

The state government has asked districts to scale up the number of tests within the next few days. Aggressive tests are needed for Calcutta and North 24-Parganas that are showing signs of rapid spread of the virus.