An airline company had started flight service in 2011 but after some time stopped, citing paucity of passengers 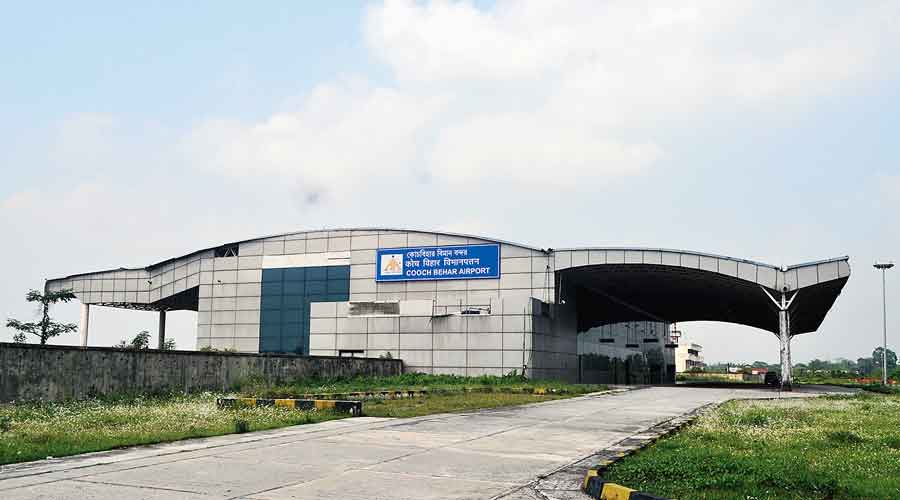 The Mamata Banerjee government has taken a fresh initiative to introduce flight services at the Cooch Behar airport by instructing the district administration to take steps needed to expand the runway.

In Bengal, Cooch Behar is the district farthest from Calcutta, around 715km away via road from the state capital.

The Uttarbanga Unnayan Parshad chairman, Rabindranath Ghosh , said that since 2011, the chief minister time had taken many initiatives to make the airport operational, but the central government “did not cooperate”.

“Recently, we have come to know that the existing runway needs expansion so that 72-seater flights can operate from here. The administration has readied a detailed project report and soon, the expansion work will start at the site,” said Ghosh.

Sources in the administration said as of now, the runway is 1,069 metres long. There is a plan to increase it by another 650 metres so that smaller flights can land and take off from here.

In Cooch Behar, an airline company had started flight service in 2011 but after some time stopped, citing paucity of passengers. Again, another company turned up in 2017 but the services came to halt after some weeks. The last effort was made by Cooch Behar MP Nisith Pramanik in July, 2019. But the service did not eventually start owing to certain glitches between the AAI and the district administration.

As the airport remained non-operational for some time, the Airports Authority of India (AAI) decided in December 2020 that it would not renew the licence from the Directorate General of Civil Aviation (DGCA).

However, the situation recently changed as the AAI showed interest in making the airport operational.

Recently, a team of AAI visited the airport along with officials of the district administration.

“During that visit, the AAI team had said the runway needs to be expanded. The state acted promptly and instructed the administration to take appropriate steps. Senior officials in Nabanna have started holding talks with airline companies on flight services,” said a source.

Trinamul insiders said the state is keen to start the service this time, especially because in May last year, flight services resumed at the Rupsi airport in Dhubri district of neighbouring Assam.

That airport is only around 75km away from Cooch Behar.

“This intensified the demand in Cooch Behar and Alipurduar. The chief minister wants to meet this demand as the saffron camp has been flagging the issue here,” said a party functionary.